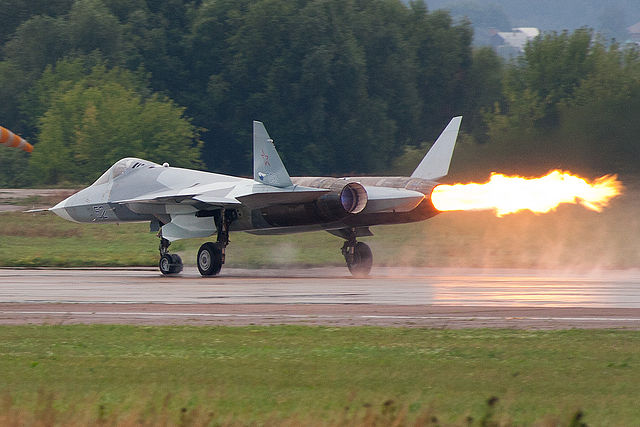 One of the distinguishing characteristics of Vladimir Putin’s presidency has been his commitment to revitalizing Russia’s military. Putin, who has noted that Russia’s perceived weakness makes it vulnerable to external pressure and internal disruption, is pushing for increased funding to transform the Russian armed forces from the debilitated remnants inherited from the old Soviet superpower military machine into a smaller, but more modern, mobile, technologically advanced and capable twenty-first century force. . . .

The resumption of bomber patrols in the Atlantic and Pacific oceans, the dispatch of task forces (particularly to the Caribbean), the 2008 campaign against Georgia, and the growing size and sophistication of the yearly joint maneuvers with the Chinese army and navy have all worked to resurrect the image of Russia as a military threat. Justification for U.S. defense expenditures, which previously focused largely on increases in Chinese spending, now take into account Russia’s military buildup as well.

Perusing budget reports and position papers, Russian plans—spearheaded by the Defense Minister Sergei Shoigu and Dmitry Rogozin, the deputy prime minister in charge of the defense industry—certainly look impressive—and ominous. If, only a few years ago, the shipbuilding budget for the Russian navy was less than 10 percent of the U.S. Navy, the Russians have now closed the gap and the Russians are, in terms of budgetary outlays, spending about half of what will be allocated to the U.S. Navy for new ship construction. By 2020, the Russian army will be structured around combat-ready and easily deployable brigades, with a goal of having those forces be at least 70 percent equipped with next-generation weaponry and equipment. If all goes according to plan, the Russian military, by 2020, will return to a million active-duty personnel, backed up by 2300 new tanks, some 1200 new helicopters and planes, with a navy fielding fifty new surface ships and twenty-eight submarines, with one hundred new satellites designed to augment Russia’s communications, command and control capabilities. Putin has committed to spending some $755 billion over the next decade to fulfill these requirements.

And a growing number of Russians support the military buildup. A Levada Center poll found that 46 percent of Russians were in favor of increasing military spending even if it led to an economic slowdown (versus 41 percent opposed if defense increases caused economic hardship). . . .

Some observers have been prepared to write off these plans as Potemkin posturing—or new and creative ways to transfer more of Russia’s state funds into private hands through creative, corrupt schemes. Certainly, any expansion of the military budget represents enormous opportunities for graft. But it would be a mistake to dismiss the clear evidence that this buildup is restoring capabilities to the Russian armed forces that had been lost after the collapse of the Soviet Union. In the last eighteen months, Russia conducted military exercises on a scale not seen since the end of the Cold War (such as the recently concluded military trials in the Far East). While still highlighting problems with command and control systems and with equipment, these nonetheless have also demonstrated that the reforms are starting to have an impact, and that Russia is capable of fielding a more mobile, effective force.

This concerns NATO a great deal. The North Atlantic alliance’s ability to conduct “out-of-area” operations, combined with the decision by most European countries to significantly reduce their defense spending, was predicated on an assumption that Russia no longer poses a threat. While no one is anticipating Russian tanks again poised to rush through the Fulda Gap, the American expectation that Europe could become a “security exporter” to other, more troubled parts of the world must now be revisited, since Russia is effectively reversing its “disarmed” condition of the 1990s upon which such calculations were based.

Nikolas K. Gvosdev, a senior editor at The National Interest, is a professor of national-security studies at the U.S. Naval War College. The views expressed are entirely his own.