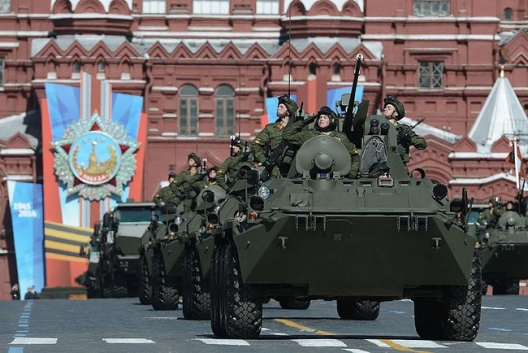 Any illusion that Russia could be a partner of NATO and the West has gone. This has brought the realisation that what kind of forces Mr Putin has and the uses he might put them to matter.

It is an article of faith for the Russian president that a great power must be able to project military force. He sees the modernisation of Russia’s armed forces as a vital national interest. . . .

A first step was the appointment as defence minister in early 2007 of Anatoly Serdyukov, a 45-year-old former furniture salesman who was once part of Mr Putin’s St Petersburg clique. Something of a bulldozer, Mr Serdyukov was not afraid to take on the military top brass. But the real catalyst for modernisation was the 2008 war in Georgia. The brief campaign confirmed Mr Putin’s belief that Russia could use hard power in its near-abroad without risking a military response from the West. But it also laid bare the army’s failings. Ian Brzezinski of the Atlantic Council says: “The sloppy performance was a ‘come to Jesus’ moment in the Kremlin.” Russia achieved its goals, but with difficulty against a tiny foe.

[T]he biggest reform was a ten-year weapons-modernisation programme launched in 2010, at a cost of $720 billion. The aim was to go from only 10% of kit classed as “modern” to 70% by 2020. According to IHS Jane’s, Russia’s defence spending has nearly doubled in nominal terms since 2007. This year alone it will rise by 18.4%.

Reform backed by money has transformed Russia’s military effectiveness. Progress has continued even though Mr Serdyukov was replaced 18 months ago (ironically, after a corruption scandal) by the more emollient Sergei Shoigu. Yet attempts to create a more professional force and better NCOs have been only partly successful. There is a big gap between special forces, such as the GRU Spetsnaz who took over Crimea, the elite airborne VDV troops, and the rest. Conscripts, who only do a year’s service, cannot handle sophisticated equipment. . . .

The Kremlin still sees NATO as an American-led alliance intent on doing Russia down, and Mr Putin is determined to prevent its further expansion. But besides opportunistic “poking around” in the Baltics, which might involve cyber-attacks and other forms of 21st-century asymmetric warfare, reckons Stephen Blank of the American Foreign Policy Council, taking NATO on directly is unlikely. Yet with the army Russia now has, Mr Putin can project and concentrate superior force quickly around the country’s periphery, where he sees himself as a “security manager in a zone of privileged interest”, says Eugene Rumer of the Carnegie Endowment in Washington. . . .

A big question is whether Russia can afford to devote a rising share of its GDP to the armed forces. The defence budget accounts for over 20% of all public spending. A weakening economy, lower energy prices and an ageing society will lead to hard choices. But as long as Mr Putin is in the Kremlin, defence will come first. Russia’s growing military power announces that it is back as a serious country; Mr Putin is betting that this still matters to ordinary Russians, too.

Image: Victory Day parade in Moscow, May 9, 2014 (photo: Office of the President of Russia)