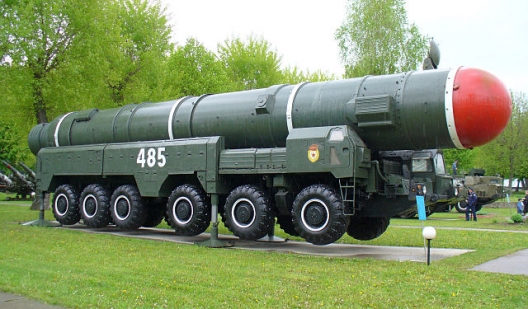 It may be too late to save the INF Treaty, Brookings Senior Fellow, Ambassador Steven Pifer stated recently. “From bases in western Russia, nuclear-armed Russian SSC-8 GLCMs could target Helsinki, Stockholm, Copenhagen, Berlin, Vienna, Prague, Budapest, Rome, Athens, Ankara, and even Paris and London,” he wrote and suggested that Washington “should seek to raise the political heat on the Kremlin by making the missile an issue between Russia and the countries that the missile will threaten.”

The issue is much more serious than just a treaty breach caused by an odd, yet to be disclosed Russian land-based long-range cruise missile. When bits and pieces are added together the full picture looks serious. Russia is, in fact restoring the capabilities that were lost after implementation of the INF Treaty, consisting of a complete battery of various ballistic and cruise missiles, while the West has practically nothing to counterbalance this asymmetry. Welcome back to the 1970s.

Consider the ballistic missile RS-26 Rubezh, which is expected to be declared operational anytime soon. After a failed first test in September 2011, the second test flight of this new missile took place in May 2012. It was successful. The missile apparently flew with a very light or empty payload from Plesetsk to Kamtchatka, 5,800 kilometers, i.e. to intercontinental range, which automatically defined the missile as an ICBM, covered by the New START Treaty. The following test in October 2012, was performed from Kapustin Yar to Sary Shagan over a distance of approximately 2,000 kilometers. This was the first public telltale signal of a possible diversion from a real intercontinental-range missile program towards the politically forbidden INF ground. However, being START accountable, the RS-26 evidently is not formally violating any treaty. All subsequent tests have been performed to medium range distances, indicating that the real operational purpose of this missile is sub-strategic.

In December 2013, the commander of the Strategic Rocket Forces, Colonel General Sergei Karakayev disclosed that the RS-26 is built on the RS-24 Yars ICBM, but is substantially lighter. This indicated that the Rubezh is a stripped version of the Yars missile. The case of the old Pioner a.k.a. SS-20 Saber IRBM missile, a two-stage, stripped version of the Temp-S ICBM, comes to mind. In March 2015, it was finally acknowledged that RS-26 Rubezh has fewer stages and shorter range than the RS-24 Yars ICBM. The missile is now also known by the name RS-26 Yars-M.

The RS-26 case shows to what lengths Russia is going to mask its real intentions in the INF field. Letting the missile fly once beyond the 5,500 kilometer ICBM range definition was a clever way to disguise its real intent to reintroduce an improved version of the INF flagship SS-20.

Russia’s wish to leave the INF treaty behind should not come as a surprise. It has been on the agenda since 2004. Much of the INF debate has, however, until recently been related to the Russian operational-tactical Iskander missile system, although the U.S. concerns about Russia’s INF violations have not so far focused on Iskander. Both the ballistic missiles and cruise missiles now operationally deployed side by side in Iskander-M brigades clearly have potential to fly to significantly longer ranges than the allowed 500 kilometers. The former commander of the Artillery and Rocket Forces, Colonel General Vladimir Zaritsky, emphasized already in 2007 that the ballistic Iskander-M missile has potential to fly to 1,000 kilometer range without changes to the launcher. TASS reported in January 2017, that work on Iskander upgrades is planned to begin in the early 2020s. The Foreign Military Studies Office’s Operational Environment Watch reports about this in its March issue.

Arguing solely from an arms control perspective in the public debate leads astray. The big picture of Russia’s come back to the forbidden intermediate range missile category has profound political and military operational consequences, not experienced since the late 1970s.

The deterrence value of NATO fourth generation dual-capable fighter aircraft deployed in Europe is questionable. The Tornado and F-16 aircraft assigned for nuclear missions have a less than impressive capability to penetrate strongly defended air space. The only aircraft available which can perform such a mission and return safely is probably the U.S. B-2 strategic bomber.

An important additional fact is that all warheads assigned to the sea-launched nuclear Tomahawk (TLAM-N) missiles were dismantled in 2012.

After the Soviet Union began deploying ‘Euro-strategic’ SS-20 missiles in 1976, re-establishing equilibrium of military forces in Europe demanded a Western counterweight in theater nuclear forces, should arms control fail. German Chancellor Helmut Schmidt played a pivotal role in the internal deliberations with the U.S., British and French leaders, which led to the NATO dual-track decision in 1979 to develop, produce and deploy nuclear-tipped U.S. cruise and Pershing II missiles in Europe if the Soviet Union didn’t agree to negotiate reductions in this missile category. The Soviets didn’t yield and deployment eventually took place.

As the staggering nuclear sub-strategic asymmetry is building up, there is not very much that can be done to contain it. The INF Treaty is, however, extremely important as a symbol of responsible nuclear arms control. It is too precious to sacrifice. Deterrence will have to be achieved with other means. Talk about reintroducing land-based nuclear weapon systems in Europe lack credibility altogether. There is no appetite at all in Europe for such moves, and they would come all too late anyhow. Significant vulnerability will probably remain for several years.

The lifecycles of the Russian and U.S. nuclear weapons systems are essentially out of step at a time when prospects for further arms control measures are low. USA is only in the early stages of renewing its nuclear forces. The Defense Science Board and prominent nuclear weapons professionals have described necessary steps on how to preserve nuclear deterrence. Early introduction of the new variable yield B61-12 nuclear bomb is needed as Russia evidently emphasizes small yield nuclear weapons and has adopted a very dangerous doctrine of nuclear use to de-escalate armed conflicts.

Some argue that the B61-12 is dangerous because small yield nuclear weapons cause less collateral damage and are thereby more usable, thus lowering the nuclear threshold. The evident counter-argument is that non-usable nuclear weapons don’t contribute to deterrence. The threshold, however, remains very, very high.

One area, where the USA and NATO clearly have an advantage and a legitimate means to address the non-strategic nuclear disparity is missile defense. The US/NATO missile shield in Europe is worth strengthening, as it poses no threat to the Russian strategic nuclear deterrent but is operationally necessary to blunt the threat from Russia’s new dual-use land- and sea-based intermediate range missile systems.

Stefan Forss is a physicist and Adjunct Professor at the Finnish National Defense University. He is former Chief Scientist at the Technical Research Center of Finland and the Ministry for Foreign Affairs. The views expressed are solely those of the author and do not represent the views of the Finnish government.