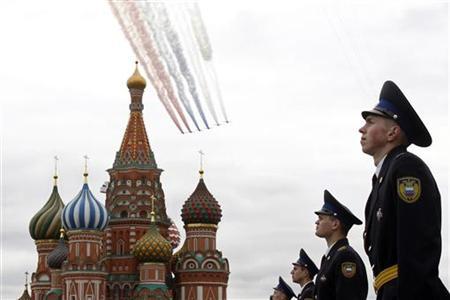 From Reuters:  Russia said on Friday it was prepared to restore military cooperation with NATO almost two years after relations were frozen during the Georgian war, Russian news agencies reported.

"We are ready again to seek together responses to modern challenges and threats to international security, as well as mutually acceptable solutions to the problems that have piled up," Interfax news agency quoted General Nikolai Makarov, chief of the Russian armed forces’ general staff, as saying.

Ties between NATO and Russia were frozen after Russia sent troops to crush an August 2008 assault by Georgia — a former Soviet republic that has been promised eventual NATO membership — on the Russian-backed breakaway region of South Ossetia.  (photo: Denis Sinyakov/Reuters)