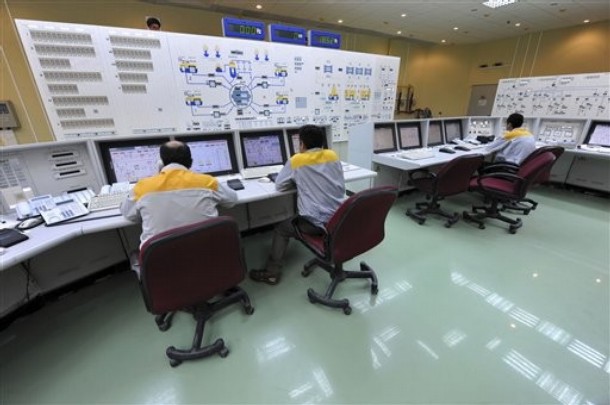 From Reuters:  Russia said on Wednesday that NATO should investigate last year’s computer virus attack on a Russian-built nuclear reactor in Iran, saying the incident could have triggered a nuclear disaster on the scale of Chernobyl.

Dmitry Rogozin, Russia’s ambassador to NATO, said the virus that hit the computer system at the Bushehr reactor had caused centrifuges to spin out of control. …

"These ‘mines’ could lead to a new Chernobyl," he said, referring to the 1986 nuclear accident at a plant in Ukraine, then part of the Soviet Union. "NATO should get to investigating the matter… This is not a private topic."  (photo: International Iran Photo Agency/AP)