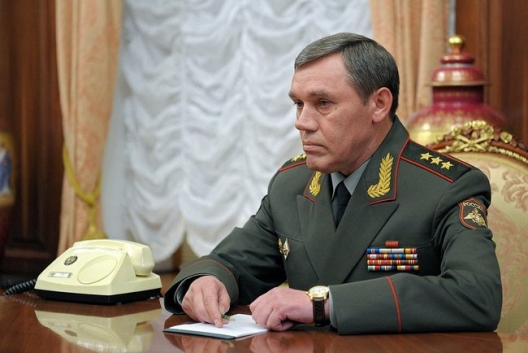 Russia’s top general warned European countries planning to host installations for a U.S.-led missile-defense shield that Russian forces would be forced to target them.

“Nonnuclear powers where missile-defense installations are being installed have become the objects of priority response,” Gen. Valery Gerasimov said, referring to Poland and Romania.

The comments came at a defense conference in Moscow where a series of high-level Russian leaders repeatedly warned of perceived threats that the U.S. and the North Atlantic Treaty Organization posed to modern Russia.

Together, the speeches formed a fiery rebuke to the U.S., as the conflict in Ukraine has brought the worst relations between Moscow and Washington since the days of the Cold War….

“Russia is bent on stirring fear and doubt about the capacity of the Alliance to defend its members,” Mr. Scutaru said in a telephone interview.