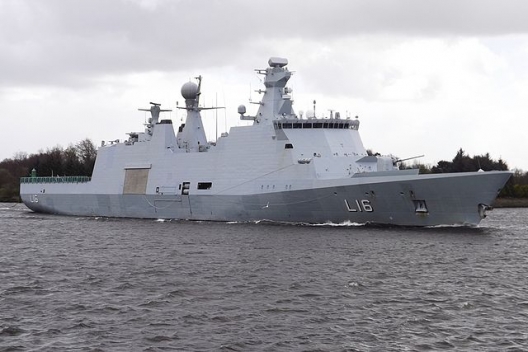 In an interview in the newspaper Jyllands-Posten, the Russian ambassador to Denmark, Mikhail Vanin, said he did not think Danes fully understood the consequences of joining the program.

“If that happens, Danish warships will be targets for Russian nuclear missiles,” Vanin told the newspaper….

“Denmark will become a part of the threat against Russia. It will be less peaceful, and relations with Russia will be damaged,” Vanin said, adding that Russia has missiles which would be able to penetrate the future missile shield.

“Russia knows very well that NATO’s missile defense is not aimed at them,” Lidegaard told Jyllands-Posten.

From Julian Isherwood, Telegraph:  “Denmark is a small country with a small army. OK – you are part of Nato, but a very small part. Moscow will not appreciate you joining the missile defence system – or any of the other countries that take part. It will escalate a situation that is already tense and will make things even worse,” he [Vanin] said….

In follow up statements that will worry the Baltic states of Estonia, Latvia and Lithuania in particular, Mr Vanin went on to say that from being one of the most peaceful parts of the world a year ago, the Baltic is now “one of the most unpredictable in the world.”

From Ray Weaver, Copenhagen Post:  “Denmark is a staunch NATO ally and NATO will defend all allies against any threat,” NATO spokesperson Oana Lungescu told BT. “We have made it clear that NATO’s missile defense is not directed against Russia or other countries, but is intended as defense against missile threats….”

“The decision about the missile defence was made a long time ago, so we are surprised by the timing, tone and content of the opinion of Russia’s ambassador to Denmark,” said Lungescu. “Such statements do not contribute to predictability, peace or stability.”