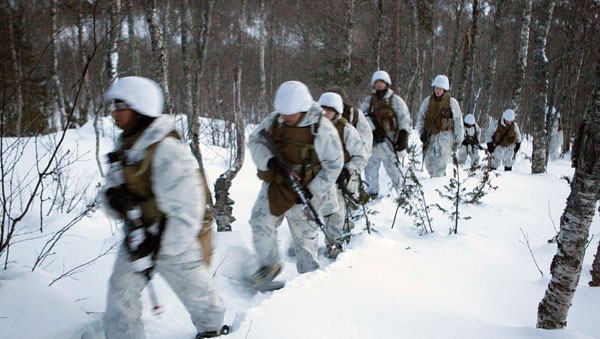 From Lev Voronkov, Russia in Global Affairs:  Norway, which sees NATO as the keystone of its national security and defense, has also decided to fundamentally revise its policy. Until recently, it unofficially relied on support from the alliance in talks with Russia over dividing a disputed area of the continental shelf in the Barents Sea. Norway believed that NATO membership allowed it to negotiate with the great power on an equal footing and to protect its national interests. The conclusion of the Russian-Norwegian Maritime Delimitation Treaty in the Barents Sea and the Arctic Ocean, which provides that under certain conditions the two countries can use hydrocarbon resources in the Barents Sea as common, has drastically reduced Oslo’s desire to use its NATO membership as an argument in settling disputes with Moscow. . . .

Norway cannot count on support from the alliance in handling disputes with Russia and other countries over fishing in the Barents Sea even hypothetically, because most allies do not recognize its right (unilaterally proclaimed) to a fisheries protection zone around Svalbard. . . .

Canada makes no secret of its intention to act independently in maintaining its sovereignty in the Arctic and handling disputes with other Arctic coastal states, that is, proceeding from its own, not allied, interests. The scenarios of the annual summer exercise Operation Nunalivut in the north of the country address precisely this objective.

Canada’s Foreign Ministry has declared its intention to strengthen bilateral relations with the Arctic states and reinforce the activities of the Arctic Council and other multilateral institutions. Importantly, it did not feel obliged to mention a NATO role in Canada’s Arctic Strategy. As is known, Canada has blocked attempts to include any mention of the Arctic in NATO’s new Strategic Concept.

At the same time Canada seeks cooperation with Russia on “soft security” issues in the Arctic. It maintains that “geological research and international law, not military clout, will ultimately resolve undersea boundary disputes in the Arctic Ocean. . . .”

The territories of the United States’ allies in the Arctic play host to U.S. missile defense system facilities (bases in Alaska and North Canada, Thule air base in Greenland, and the Keflavik radar run by the Icelandic defense force) and to the U.S.-Canadian North American Aerospace Defense Command (NORAD).

The United States’ Cooperative Strategy for 21st Century Seapower says that “increased competition for resources, coupled with scarcity, may encourage nations to exert wider claims of sovereignty over greater expanses of ocean, waterways, and natural resources – potentially resulting in conflict.” However, the Strategy does not consider even a hypothetical possibility of using NATO to address such issues. Helga Haftendorn believes that the alliance “is not a primary U.S. vehicle for ensuring Arctic security. . . .”

The U.S. military potential is used as a tool of the national security policy and global strategy rather than an integral part of NATO’s collective forces expected to deter a specific hostile country in the Arctic.

Seeking to safeguard their interests in the region, Arctic NATO members mostly rely on their national armed forces, and not NATO’s combined military potential. In the modern conditions it is increasingly difficult to think of missions NATO might perform in the Arctic as a military-political alliance that would be unconditionally shared by all of its members and would be capable of easing or eliminating the existing divergence of interests. . . .

Now that the Cold War is over, the institutional role of NATO as a military-political alliance in the Arctic is hard to substantiate. . . .

If Russia consistently pursues its policy of cooperation with Arctic countries on the basis of the Law of the Sea and with due regard for their common interests in the region, there will be no grounds for attempts to justify NATO’s more active involvement in Arctic affairs.

Lev Voronkov, Doctor of History, is Professor at the Chair of European Integration and Head of the Nordic Department of the Center for Nordic and Baltic Studies, MGIMO University.   (photo: Michael Q. Retana/USMC)