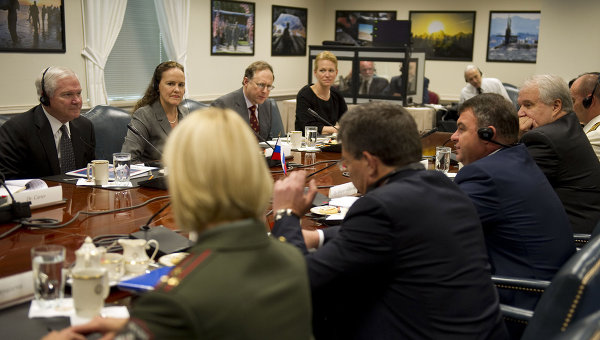 "It is the 2007 contract. The issue of selling the missiles to Syria was raised during the talks with U.S. Defense Secretary Robert Gates… Undoubtedly, it [the contract] would be fulfilled by the Russian side," the Russian minister said. …

The P-800 Yakhont missiles (known as P-800 Oniks in Russia) have a range of 300 kilometers, carry a 200-kilogram warhead and feature a unique ability to cruise several meters above the surface, making it difficult to detect and intercept them.  (photo: Jim Watson/AFP)