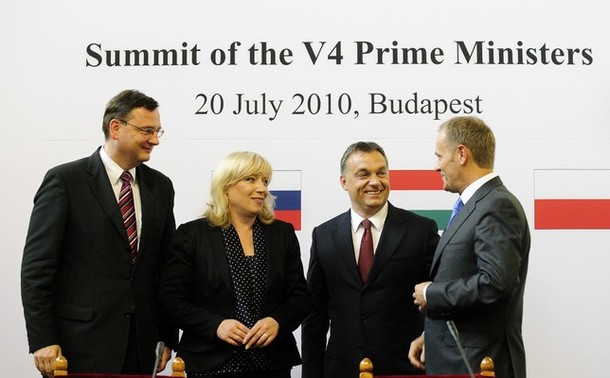 From Gregory Feifer, RFE/RL:  The three Czech generals make an impressive roster: the head of the president’s military office, the country’s NATO representative in Europe, and a deputy head of the chief of staff. Last week, a Czech newspaper reported they stepped down after a Russian spy made contact with their offices in the biggest-yet breach of Czech military security.

The agent, a Czech named Robert Rachardzo who worked as a psychologist for the country’s prison service, disappeared last year and is presumed to be in Russia. The daily "Mlada fronta Dnes" reported last week that the military intelligence operative had befriended a female army major who worked at different times as head of staff for the three generals.

It’s the latest evidence of what Czech intelligence says is Moscow’s drive to step up intelligence activities in former Soviet bloc countries that are now members of the European Union and NATO. But observers in Prague say that more than simply a Cold War hangover, the espionage is part of a general push to increase Russia’s presence here in politics and business, especially the energy sector in which Russia leads the world. ….

Moscow-based military expert Aleksandr Golts says the Russian government increasingly relies on information gathered through espionage. He says that reflects the mentality of the country’s leaders, chief among them Prime Minister Vladimir Putin, a former KGB officer who’s installed many of his former colleagues in top positions in government and business.

"In Vladimir Putin’s worldview, nothing that’s said in public is true," he says. "The truth is hidden and can be found out only through special means."

Golts says it’s no surprise Russian espionage is concentrated in new members of NATO and the European Union. He says former Soviet bloc countries such as the Czech Republic that are now privy to documents from Western international organizations are natural front-line targets for Russian spying.

"There’s one simple reason," he says. "They still have ties from the old days. Getting into the Czech Republic or Bulgaria is a lot easier than Britain or Belgium. …".

But [Czech journalist Jaroslav] Plesl adds that "old-fashioned" espionage that relies on intelligence services is only part of how Moscow is expanding its influence in the Czech Republic. He says state-controlled and influenced Russian companies have been busy lobbying for Russian interests.

"They’ve been very active setting up businesses and making economic ties between their businessmen and Czech businessmen and politicians," Plesl says. "These practices can be considered very modern. …".

Analysts say Russian companies are building their presence by discretely funding political parties and operating through shell companies nominally owned and operated by Czechs but actually controlled by Moscow. They say the firms are hiding their identities because unlike Western companies, Russian businesses do the bidding of a government seeking to expand its power abroad though control of energy assets.  (photo: Getty)