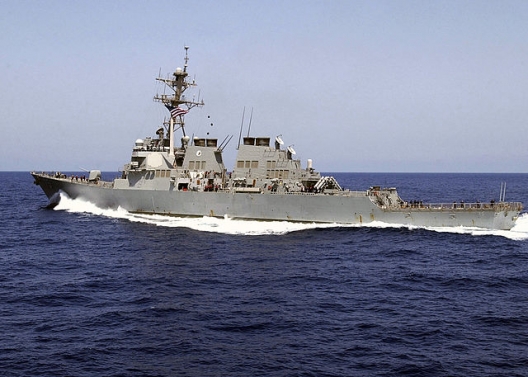 A U.S. military official says a Russian fighter jet made multiple, close-range passes near an American warship in the Black Sea for more than 90 minutes Saturday amid escalating tensions in the region.

The official says the fighter flew within 1,000 yards of the USS Donald Cook, a Navy destroyer, at about 500 feet above sea level, saying this prompted ship commanders to issue several radio warnings.