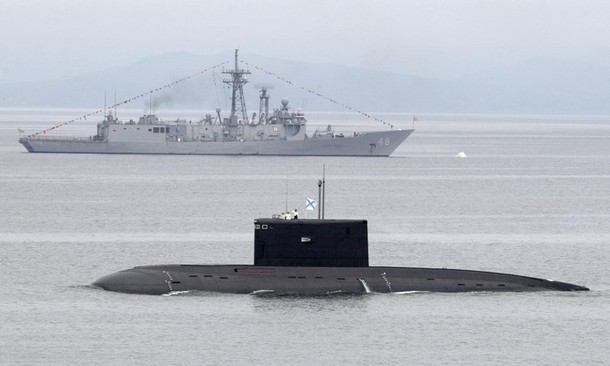 From the AP:  NATO says a Russian submarine will take part in one of its naval exercises for the first time.

Officials said Tuesday the vessel is scheduled to join in next month’s undersea rescue exercise off the Spanish coast. The exercise, held every three years, is the largest of its kind in the world and involves multiple subs, warships and search and rescue aircraft.  (photo: Reuters)