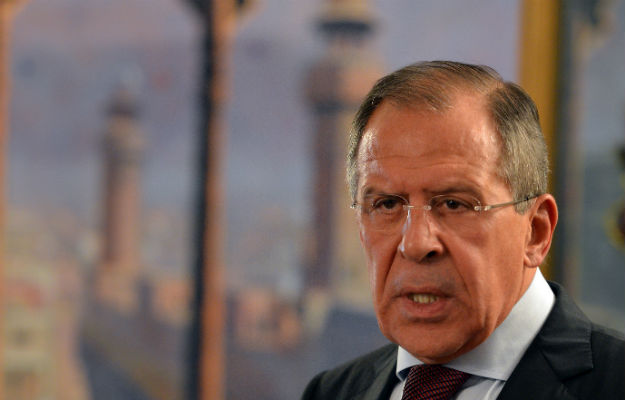 From Sergei Lavrov, Foreign Policy:  Of course the relationship between such big countries can never be cloudless. And we have some things which still divide us. Missile defense is one case in point. We still believe that if the Russian Federation and the United States bring their minds together, we can develop a common system which would be efficient in protecting the Euro-Atlantic region from threats coming outside this region. The situation so far is in a deadlock. The U.S. and NATO, which supported the U.S., believe that the system which is proposed by the United States is flawless and it cannot be changed an inch. However, the Government Account[ability] Office in the United States Congress recently produced a report which challenges the proposed configuration of this missile defense in Europe. This is not to say that our experts would agree 100 percent with this GAO report, but this indicates that even inside the United States there are different opinions as to how to handle the problem of missile proliferation, so we are reiterating our openness to discussing this issue with the United States, provided we put our brains together and provided our intellectual ability is not questioned. We are convinced that doing it together — doing it together with the United States and the Europeans — would not only be the most efficient way to try to find a response to the threat of missile proliferation, but it would bring our relationship with NATO — the Russia and NATO relationship — to a qualitatively new level. It will be really a step closer to us becoming allies again like we used to be during World War II. . . .

I don’t believe in ideology in international relations. I started, you know, to work as a diplomat during the Soviet days, and in spite of ideology being very high on the Communist Party agenda, I can assure you that in practical terms we have always been trying to be pragmatic. And this is the case now, and the Russian Federation is promoting a policy internationally which will be uniting countries, not really creating some artificial ideological dividing lines. We have enough ideological dividing lines already. The situation in Europe is a case in point. NATO has lost its raison d’être after the disappearance of the Soviet Union.… Then we have the year 2014 when NATO will leave Afghanistan, though not entirely. But NATO is clearly in search of a reason to exist basically, and the new concept which NATO endorsed at its latest summit raises some questions because NATO was created as a defensive alliance. It is now proclaiming its right to act militarily anywhere, anywhere on Earth, if NATO believes that its interests under the United Nations have been affected negatively. It certainly is a new twist in thinking, and also you know it creates, it comes into confrontation with NATO obligations — with NATO members’ obligations — under the United Nations Charter and under the Organization [for] Security and Co-operation in Europe. Because we have proclaimed in OSCE the principle of indivisible security, and we said that no one of us would increase our security — no one would increase his security at the expense of security of others. And missile defense is a case in point because missile defense is certainly considered by Russia as creating problems for our security. That’s why we again and again come back to this. But ideally we would like this principle of indivisible security to be made legally binding. Now it is just a political declaration. So this is something which illustrates the remaining ideological elements of foreign policy. I am convinced that NATO is becoming more and more ideological and its expansion is absolutely artificially promoted, creating unnecessary dividing lines, as I said. Because we have nothing which would really separate us in practical [terms]. We have the same concerns. We have the same threats. We have the same challenges. And to keep the closed military alliance in a situation when we need to get united universally is really not helpful.

FP: The new Russian foreign-policy concept that President Putin signed … in February speaks of Russia as playing a "balancing" role in the world. Against whom is Russia balancing? And do you see the United States or NATO as an adversary these days?

Lavrov: No, we don’t see them as adversary. And we — Russian military doctrine says that we see a danger not in NATO as such, but in NATO trying to play a global role with global military reach, NATO making its military posture universal. Not NATO as such, but this intention to grab everything. And the second — again, not threat but danger — we see in NATO expansion accompanied by moving military infrastructure closer to our borders. When the NATO-Russia Council was created, when the Warsaw treaty was dismantled … there was a deal, which was repeated later, that there would be no movement of NATO east. Then this honor pledge was not honored, and when the Russian Federation and NATO established their relationship in the late ’90s there was a pledge on paper that there would be no substantial combat capacity of NATO moved to the territory of new members. This is not honored. Therefore we would really be very much eager not to be dissatisfied with political promises but rather get some legally binding guarantees. That’s why we have the position on the missile defense, which I explained to you. . . .

Russia feels more assertive — not aggressive, but assertive. And we have been getting out of the situation where we found ourselves in the early ’90s when the Soviet Union disappeared and the Russian Federation became what it is — you know, with no borders, with no budget, no money, and with huge problems starting with lack of food and so on and so forth. It is a very different country now. And of course we can now pay more attention to looking after our legitimate interests in the areas where we were absent for quite some time after the demise of the Soviet Union. Africa is a case in point. We now have Russian companies which show interest in doing business in Africa. Africans are interested in having us there. They don’t want just to be dominated by one or two investors. They want more countries, and I believe this is a healthy — this is a healthy desire. Latin America — we economically have become strong enough to look that way as well. And there are many projects which are hugely beneficial between us and Latin American countries. Asia-Pacific of course — we are a Pacific power, and it is absolutely important for us, including for the development of the Far East and eastern Siberia in the Far East, to get closely integrated in the Asian-Pacific economic process. That’s basically what we are doing now in addition to traditional diplomacy in Europe, with China, India. We have a much, much broader agenda because we have more capacity, economically first of all.  (photo: Aamir QureshiAFP/Getty)