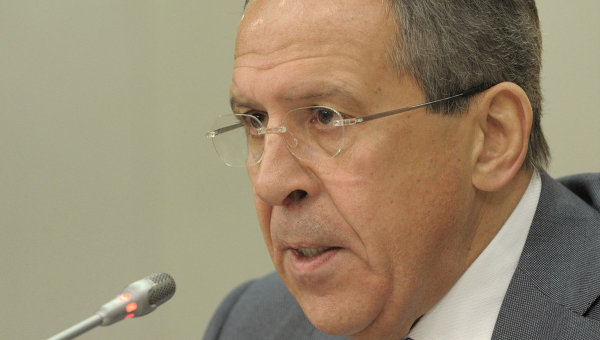 Russia, the United States, Canada, Denmark and Norway are seeking to assert jurisdiction over parts of the Arctic, which is believed to contain over 25% of the world’s oil and gas deposits. …

"Any problems in the North, including the problems of demarcating maritime territory, are subject to political and judicial solutions and that’s why rumors that a war will break out over the resources in the North are a provocation," Lavrov said at the 2010 summary press conference.  (photo: Ediard Pesov/RIA Novosti)