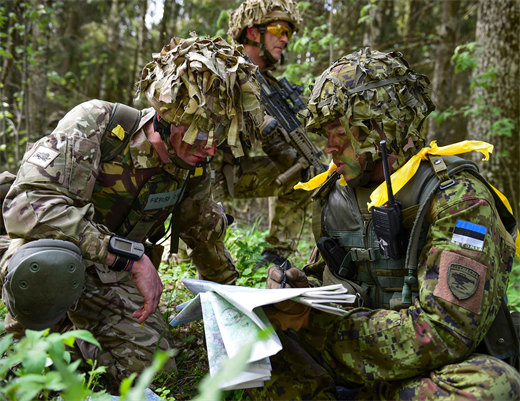 Russia’s aggressive actions in Ukraine, and the violence of ISIL, threaten Europe in new ways and underscore the need for a new model of NATO responsiveness.

One of the key decisions made at the NATO Summit was to implement a rapid response force called the Very High Readiness Joint Task Force – the VJTF.

The VJTF is one part of a series of adaptation measures approved by Heads of State to enable the Alliance to address this new and in many ways more daunting global security environment.

The work to establish the VJTF was spurred by Russian illegal actions, but it will be responsive wherever it is needed to include in response to possible threats to the southern area of the Alliance from Middle East and North Africa. . . .

The effectiveness and sustainability of these strategies, in the 21st Century Security Environment, must be rooted in operative alliances and legitimate institutions invested in synchronized lines of effort. Whatever the final form our adaptation measures take, they must be affordable and sustainable, so that NATO can effectively respond to emerging threats in the long run over what is likely to be an extended period of global instability.

This is an era-changing moment for the Alliance and it is imperative that we marshal all of our talent, innovation and creativity to ensure that the path ahead is as peaceful and secure as we can make it.