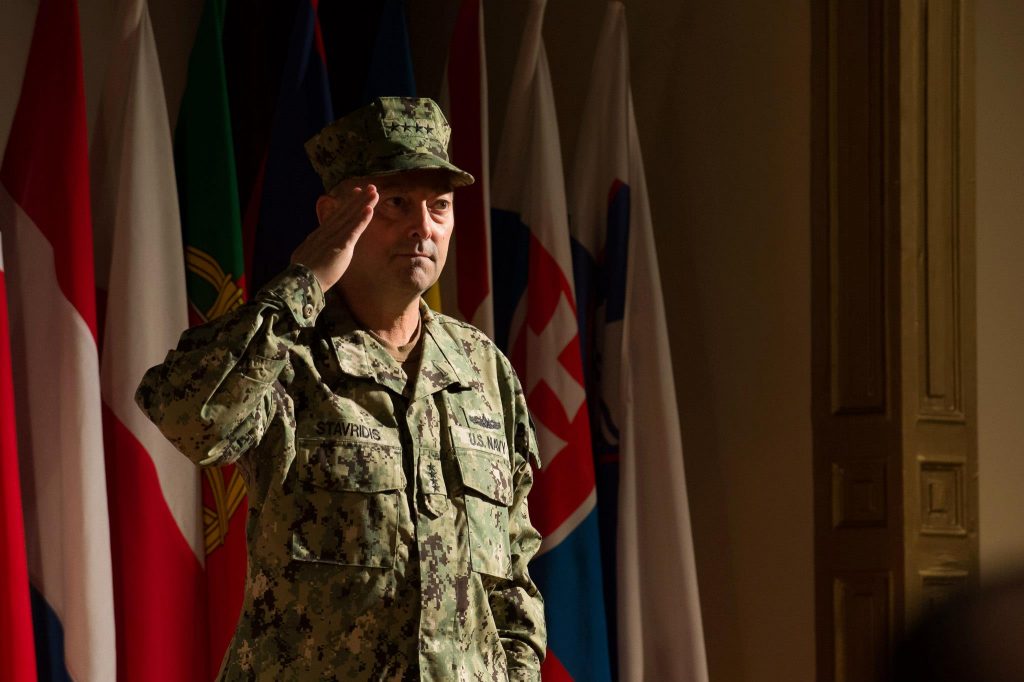 From James Stavridis, Allied Command Operations:  Given the continuing turbulence in Syria, the NATO nations — acting upon the request of member Ally Turkey — have decided to deploy purely defensive Patriot missiles to the Turkish-Syrian border. . . .

The Patriots will deploy specifically to counter potential missile threats from Syria. Given a number of recent cross border incidents with artillery and mortars landing in Turkey and killing Turkish civilians, we are concerned with possible SCUD missile activity inside Syria. SCUDs, which are medium-range surface-to-surface missiles, are particularly worrisome because they can carry chemical payloads.

Over the past few days, a handful of SCUD missiles were launched inside Syria, directed by the regime against opposition targets. Several landed fairly close to the Turkish border, which is very worrisome. . . .

There are a number of moving parts to a deployment like this. Not only do we need to move a fair amount of actual missile hardware into Turkey — missiles, command and control, radars, transport, and hundreds of Soldiers — but we also have to put into action the command and control framework.

Fortunately, we already have the framework for command and control in the NATO standing defense plan agreed to by all 28 NATO member nations. It will flow from my HQ in Belgium to our Air Defense Command in Ramstein, Germany, and down to the Patriot batteries in Turkey — including full visibility and connectivity with the Turkish national air defense systems, of course.

As the Supreme Allied Commander for operations globally, I will retain operational command responsibility for the deployment of the six Patriot batteries. Over the coming days and weeks we will train and exercise the layers of command down to the actual Patriot battery to make sure we are ready to expeditiously engage any potential incoming missiles. I’m confident we’ll be able to defend the borders of the Alliance. . . .

In the end, this is what Alliances are all about: banding together to share resources and expertise to protect our borders. . . .

The 28 nations of NATO stand together in this situation, as we do in Afghanistan, the Balkans, the waters of the Horn of Africa, and elsewhere — and now on the south-eastern border of the Alliance.