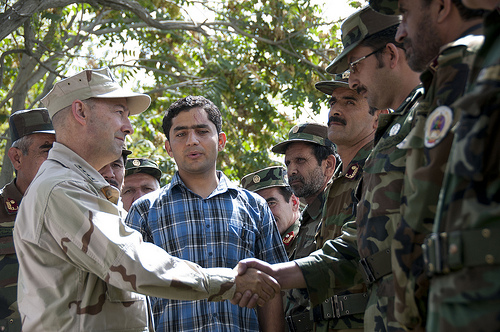 From James Stavridis, the Guardian:  Much has been written in the past week regarding Nato’s ongoing efforts to bring peace and stability to Afghanistan. It is clear to me that the coalition of 50 nations with troops in Afghanistan today will face formidable challenges over the next few years. However, there has been measurable and substantial progress in three specific areas.

First and foremost, Afghanistan is no longer a safe haven for terrorists, which was a primary goal of Nato member states. Second, Nato forces in Afghanistan have been training and operating alongside Afghan national security forces (ANSF) for many years now, and these efforts are delivering tangible results. Three-quarters of Afghan citizens now live in areas increasingly protected by Afghan army and police – who number today close to 350,000. . . .

Thirdly, the entire international community has made specific pledges to partner with Afghanistan over the long-term. At the recent Tokyo conference on Afghanistan, over 80 nations made significant commitments to finance the ANSF beyond 2014, and a generous programme of development and support will continue over the next four years. . . .

I have no doubt that there will still be difficult days ahead. Recent attacks conducted from within the Nato-Afghan security partnership are certainly troubling. That is why we are taking concrete action to ensure we reduce the potential for these incidents in the future. But to put this issue in context, the vast majority of our soldiers continue to have a very different experience on the ground. Every day, over 100,000 coalition forces work successfully alongside their 350,000 ANSF counterparts without incident. The vast majority confirm a solid rapport between partners, and many call each other friends. Side-by-side, Afghan and international security assistance force troops are working to build lasting peace and stability for the people of Afghanistan.