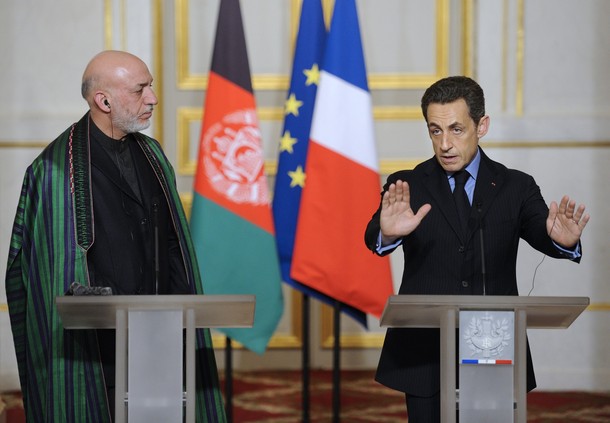 From Jamey Keaten, the AP:  President Nicolas Sarkozy says France and Afghan President Hamid Karzai will ask NATO to hand over all combat missions in Afghanistan to Afghan troops in 2013 — a year earlier than planned.

Sarkozy also says France has informed U.S. President Barack Obama of the proposal and will present it at a meeting of NATO defense ministers early next month.

The move, if confirmed, comes at a time of widespread fatigue among European contributors to the 10-year allied intervention in Afghanistan, and would accelerate a gradual drawdown of NATO troops that Obama planned to see through until the end of 2014.  (photo: Getty)