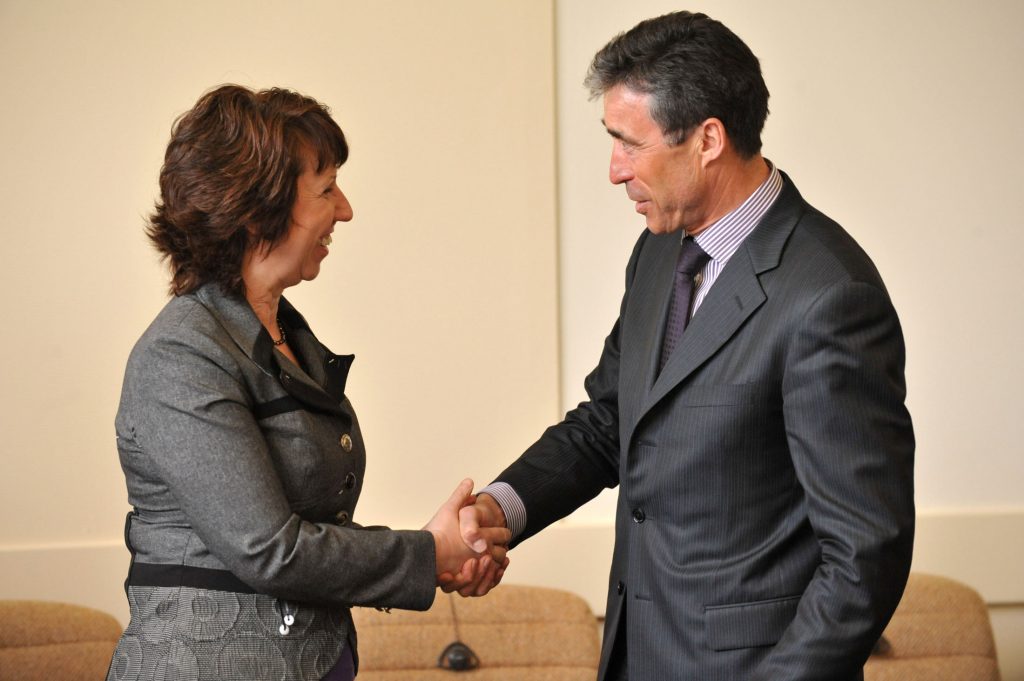 During a session devoted to Afghanistan, chaired by EU High Representative Baroness Catherine Ashton and attended by both Foreign and Defence Ministers, the Secretary General presented his views on cooperation between NATO and the EU on the ground in Afghanistan. He emphasized the importance of both organizations’ efforts to ensure progress in developing all branches of Afghan security institutions.

More specifically on police training, Mr Rasmussen called for greater synergy and a more efficient division of labour, closer alignment of concrete police training projects, including through a greater use of Regional Police Training Centres, as well as increased support to the Afghan National Civil Order Police.

The Secretary General said that in general, a greater EU contribution to police training will help the Alliance to fulfill the ambitious targets of the NATO Training Mission in Afghanistan (NTM-A).  (photo: NATO)