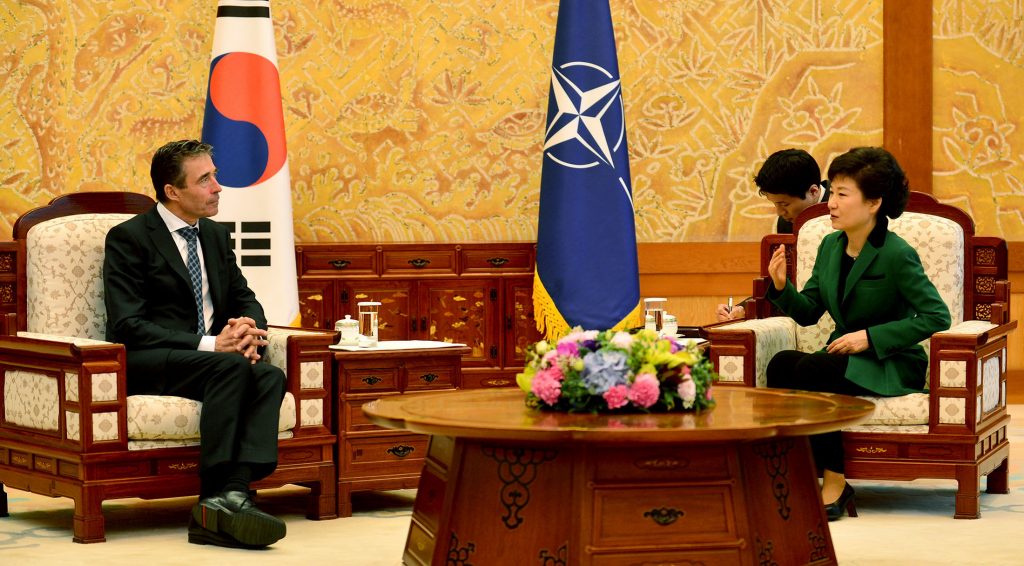 From Anders Fogh Rasmussen, NATO:  I came to say thank you to President Park, to members of her administration, and to the Speaker of your National Assembly, for your country’s contribution to global peace and stability. You are playing an exemplary role in Afghanistan and you are cooperating with NATO in countering the threat of piracy in the Gulf of Aden.

In my meetings, I also reiterated NATO’s strong condemnation of North Korea’s provocative rhetoric and provocative actions. We have been watching with grave concern the series of statements, missile launches and nuclear tests. They pose a serious threat to regional and international peace, security and stability.

North Korea stands in continued defiance of the will of the international community. I urge the North Korean authorities to immediately stop such destabilising actions and its pursuit of weapons of mass destruction, which are in blatant violation of United Nations Security Council resolutions. I call on Pyongyang to refrain from any further provocations and to fulfil its international obligations to fully implement all relevant United Nations Security Council resolutions.

Our partnership is based on converging global priorities: stability in Afghanistan, cyber security, counter-piracy, defence against terrorism, and non-proliferation. We share common views on these shared security challenges.

And I am confident our cooperation with partners such as the Republic of Korea will also continue. In Afghanistan, we have learned the skills we need to work together, and the value of working together. Those are lessons we must keep, and build on.

NATO’s partnership with the Republic of Korea is still young. But it has great potential. . . .

The dialogue and cooperation between NATO and the Republic of Korea are strong. And my visit is a clear signal that we are determined to make our partnerships even stronger in the future.