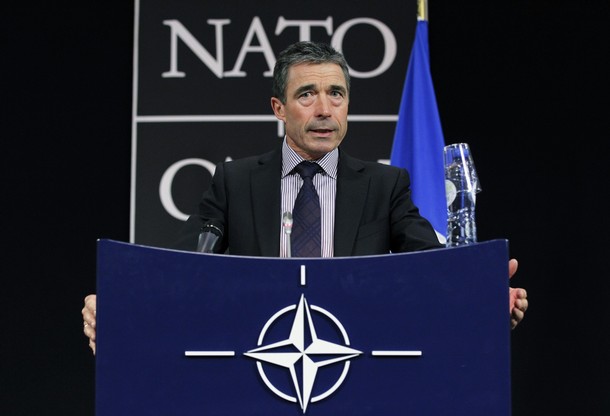 From the AP:  NATO Secretary-General Anders Fogh Rasmussen said Monday he will ask some of the more reluctant allies to step up their participation in the military campaign against Libyan strongman Moammar Gadhafi. . . .

He did not mention specific nations but said he would make it a “focus” of the two-day NATO defense ministerial opening Wednesday at alliance headquarters in Brussels. Britain and France have been heavily involved since the mission started two months ago.

“Obviously some of those allies and partners carrying the heavy burden start to ask whether it would be possible to broaden the participation a bit,” Rasmussen said.

“That is a point I will focus on at the defense ministers meeting,” he told reporters. “That is also the essence of our alliance: that allies that actually have the necessary assets at their disposal, also contribute those assets , based the principle of solidarity.”  (photo: Reuters)