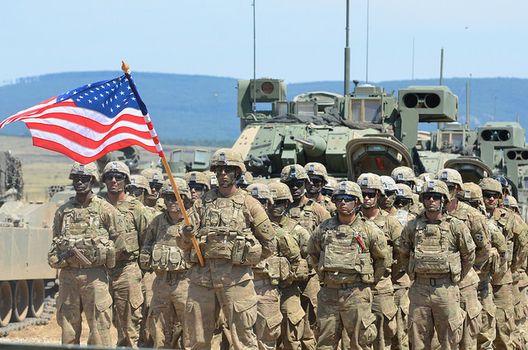 President Trump will land in Europe next week amid fears that he will blow up a key summit focused on Europe’s defense and then offer concessions to NATO’s main adversary, Russian President Vladi­mir Putin.

The allies’ worries and Moscow’s hopes are rooted in Trump’s combative approach to foreign policy. In recent days, Trump has told senior aides that he wants to slash U.S. spending on Europe’s defense if the allies are unwilling to contribute more to NATO, a senior administration official said.

The private comments reflect a president who has shown little interest in the long history that undergirds America’s alliances or the collective foreign policy expertise of the U.S. government, according to current and former U.S. and European officials.

Instead, he relies on his instincts and his ability to forge a personal bond with world leaders. White House officials tout the president’s willingness to question long-held assumptions and challenge America’s allies — who have underspent on security for decades — to contribute more to their own defense.

But his approach has also heartened autocrats, such as Putin, who see in Trump someone willing to forgive past sins in pursuit of a deal, the officials said. And it has alarmed allies and some of Trump’s closest aides, who are concerned he may yield on issues such as Russia’s annexation of Crimea and its continuing destabilization of Ukraine.

Even as his administration has imposed tough sanctions on Moscow and expelled Russian diplomats, Trump has avoided criticizing Putin. He will meet with Putin in Helsinki on July 16.

“The president thinks he can be friends with Putin,” former national security adviser H.R. McMaster complained during his time in the White House, according to U.S. officials. “I don’t know why, or why he would want to be.”

The president’s approach also has been corrosive to relations with allies who increasingly believe that Trump — on trade, NATO and diplomacy — is undercutting the post-World War II order in pursuit of short-term, and likely illusory, wins….

In the days leading up to the NATO summit, the president and his team have sent mixed messages. Kay Bailey Hutchison, the U.S. ambassador to the alliance, focused on the positive, touting the biggest increases in defense spending by the allies since the end of the Cold War. U.S. Ambassador to Russia Jon Huntsman pledged that Trump would “continue to hold Russia accountable for its malign activity.”

Trump by contrast has highlighted grievances. “I’m going to tell NATO — you got to start paying your bills,” he said at a rally this week in Montana. “They kill us on trade. They kill us on other things. . . . And on top of that they kill us with NATO.” And he defended Putin, calling him “fine” at the event….

In conversations with Trudeau, May and Merkel, Trump is sometimes assertive, brash and even bullying on issues he feels strongly about, such as trade, according to senior U.S. officials. He drives the conversation and isn’t shy about cutting off the allies mid-sentence to make his point, the officials said.

With Putin, Trump takes a more conciliatory approach, often treating the Russian leader as a confidant….

Ahead of the NATO summit, European officials have huddled to discuss how to avoid a repeat of the Group of Seven meeting in June, in which Trump arrived late, left early and refused to sign a customary joint statement with the other leaders.

Guiding nearly all of Trump’s interactions with world leaders is his belief that his ability to win over, charm and cajole foreign leaders is more important than policy detail or the advancement of strategic goals. Often, the calls can be discursive and confounding. In conversations with the British prime minister, he has boasted about his properties in the United Kingdom, asked her about his Cabinet officials’ performance and sometimes castigated her for being too “politically correct,” U.S. and British officials said.