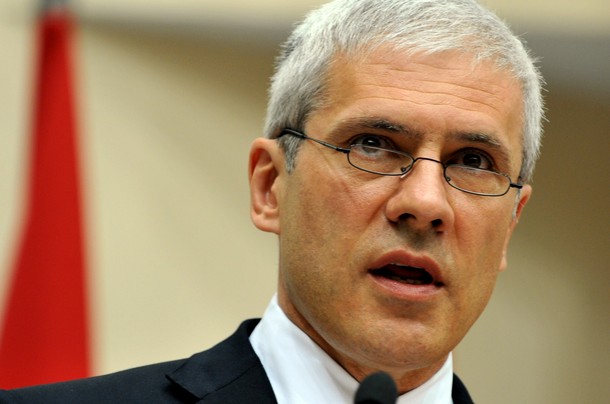 From Reuters:  Serbia made a major concession to the European Union on Wednesday by agreeing to soften a draft U.N. resolution on the future of Kosovo and seek dialogue with the breakaway country.

"We have found a formula to open a dialogue on future solutions," President Boris Tadic said in a statement. …

Belgrade said on Wednesday it will amend the text of a proposed U.N. General Assembly resolution on Kosovo as agreed with European Union officials.

"With this text, we are closing the proceedings before the International Court of Justice and calling for a dialogue between Belgrade and Pristina," a government statement said.

Brussels had heavily criticized Serbia’s draft resolution, which originally demanded new negotiations on status of its former province and called Kosovo’s independence "unacceptable," and warned it could damage its EU membership prospects.

EU diplomats feared Belgrade, backed by Security Council permanent members Russia and China, might have approached a majority in the world body for its text, since only 70 out of 192 U.N. member states have recognized Kosovo.  (photo: Getty)