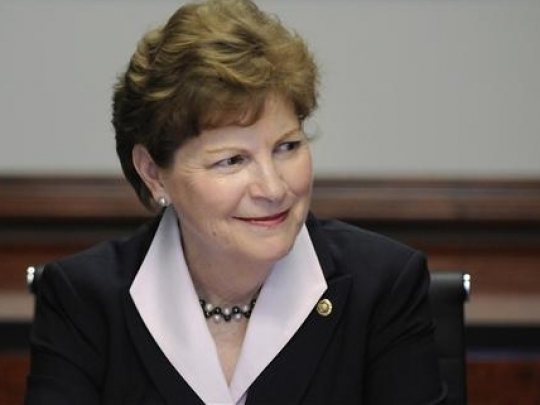 From Jeanne Shaheen, Office of Senator Shaheen:  The United States and Russia have a long history of dramatic ups and downs and seeming contradictions.   In World War II, we fought shoulder-to-shoulder as allies against Hitler…only to move quickly into the Cold War, where we threatened each other’s annihilation.  We eagerly developed a huge arsenal of weapons of mass destruction….then subsequently worked together to reduce them and limit their spread.  We pulled out all the stops to race each other into space…yet, now our astronauts travel together to a joint space station on Russian rockets.  And, more recently, we have famously looked into each other’s eyes…only to see Russia soon thereafter invade and occupy a NATO Partner.

It is enough to wonder if our bilateral, and at times, bipolar, relationship might benefit from a therapy session. It is this complex and challenging history that complicates any discussion on the future of our relationship. . . .

We should be up front about what is happening in Russia.  I am concerned that Kremlin’s actions are creating an environment of fear inside the country.

We’ve seen the United Russia party enact a series of new laws that restrict protests and public expression and severely constrain civil society in the country.  We’ve also seen what happens to critics of the Kremlin with one of the most egregious examples being alleged abduction of an anti-Kremlin activist seeking asylum in Ukraine who was forcibly returned to Moscow by Russia agents.

Blaming “outside forces” for the ongoing disaffection voiced by the Russian people, the Russian government has now expelled our USAID program from the country. . . .

As the two largest nuclear powers in the world, the United States and Russia have a special responsibility to work together on arms control issues.  I believe we can further reduce strategic deployed weapons and there is still a deal to be struck on reducing tactical and stockpiled weapons.  We can also do more to address Cold War-type targeting issues, transparency of our arsenals, reductions in alert postures and the possibility of multilateral discussions.

Obviously, missile defense remains a difficult sticking point, but this can be an area of cooperation.  There is a whole menu of mutually beneficial options on the table in this area, including information exchanges, early warning support and a joint data fusion center.  But, we need to be clear.  The limited U.S. program poses no threat to Russia’s strategic deterrent, and at the end of the day, a legal guarantee will not be necessary or possible.

Nonproliferation is always an area where we can do more.  Together, we have historically led the world on this agenda, and it would be a shame to end this important cooperation.  Much has been made about the possibility of ending one of the most successful foreign policy initiatives of this generation, the Nunn-Lugar program.  However, I believe there is room for a follow-on agreement, particularly with respect to third party countries, and I think it is incumbent upon both of us to finish the job we started. . . .

From containment to détente to today’s reset, we have perhaps too often tried to encompass our Russia policy in a catchy little phrase.  Unfortunately, foreign policy by bumper sticker just doesn’t cut it in today’s world.  We forget that Kennan’s explanation of containment took 8,000 words.  The complexity of our modern day relationships, especially with Russia, cannot be captured in a Tweet.

Excerpts from keynote address, "Looking at the Future of U.S.-Russia Relations," by Senator Jeanne Shaheen (D-NH) at the Carnegie Endowment for International Peace.  (photo: Reuters)