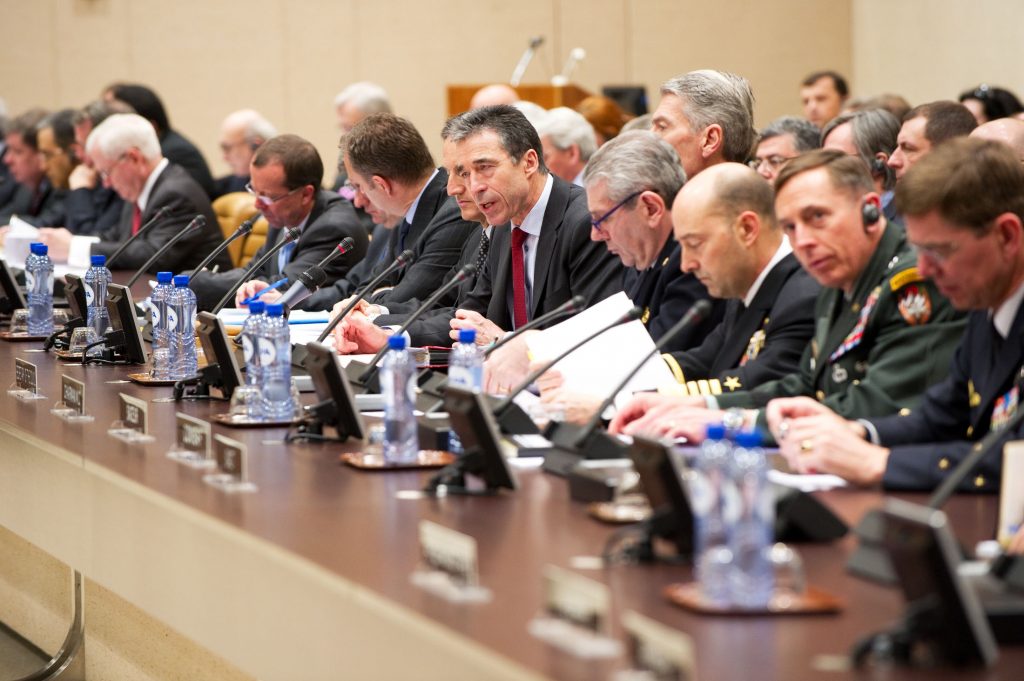 From Celine Touboul, atlantic-community.org:  NATO and its member States should first clearly define what interests and overall strategic objective NATO’s military engagement in favor of Libyan rebels would serve. It is neither about defending the Alliance against an external threat nor about preventing mass murdering or genocide. As for the goal of assisting rebellion forces in its struggle against Qaddafi’s regime, it is in itself not convincing enough politically nor strategically. So is it about some broader "regime change" ambition and our willingness to see a pro-West regime emerging in Libya?

After defining the objective of a foreign intervention, there are additional difficult questions that should be answered, as none of the players involved is eager to get involved into a new Afghan quagmire.

Finally, as far as NATO is concerned, it should figure out primarily whether such operation is consistent with the organization purpose and if NATO ought to be the police of the world.

Celine Touboul is a research fellow at the NATO Defense College. The opinions expressed in this article are her own and are not to be attributed to NATO.  (photo: NATO)