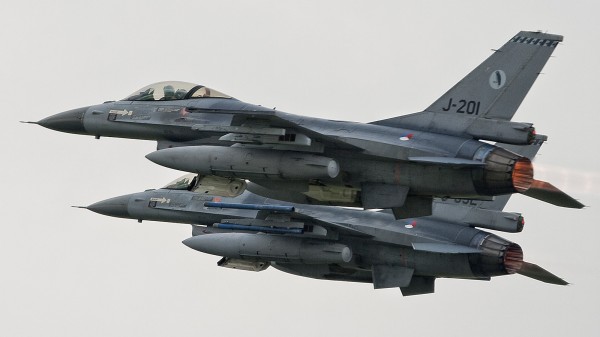 From Olivier de France and Nick Witney, European Council on Foreign Relations:  [T]he European Council needs to shake up the system by itself demanding that blueprints be produced for one or two major, exemplary, integrative projects. Common air policing of European airspace is an obvious candidate – and something that could save hundreds of millions of euros by culling redundant combat aircraft and infrastructure across Europe. The savings could then be redeployed into a joint European Strike Force – the collective capability Europe should have had at its disposal two years ago to wage the Libyan air campaign without having to fall back on the Americans for air-tanking, reconnaissance, smart munitions and so on.

To be clear, we are not suggesting here some sort of “standing force”, funded in common and under supranational command. Rather, we propose a co-operative effort to determine what components in what quantities (how many cruise missiles? how many reconnaissance drones?) would need to be available for Europe to “do another Libya”; to assign responsibility for the provision of the different components to different member states; and to plan a migration path from today’s unbalanced and often unusable inventories and force structures to a set of national parts that add up to an effective capability when brought together. Navies too could benefit from this approach – indeed, as they struggle to fulfil their national fleet programmes with diminishing hull numbers, European admirals are already talking about how they might better cover for each other by closer co-ordination.

“Pooling and sharing” has thus far failed because national leaders have contented themselves with blessing the principle, and then asking “the staff” for ideas. The need now is to challenge the staff by demanding not suggestions but specific plans to bring about specified changes. If there are killer objections, they must be set out and properly evaluated. For example, there is a widespread tacit assumption that a European Strike Force could never work because the Germans would have to be assigned a significant role – but could not be relied upon to turn up on the day. Certainly, there is a real confidence issue here – but rather than despairing, ways around it need to be explored. Perhaps the Bundestag might offer pre-emptive reassurance on the point. Or Germany could be assigned a non-lethal role in the force (responsibility for air tanking, say). Failing all else, some redundancy could be built back into the force’s design.  (photo: M. van Leeuwen/aviationnews.eu)