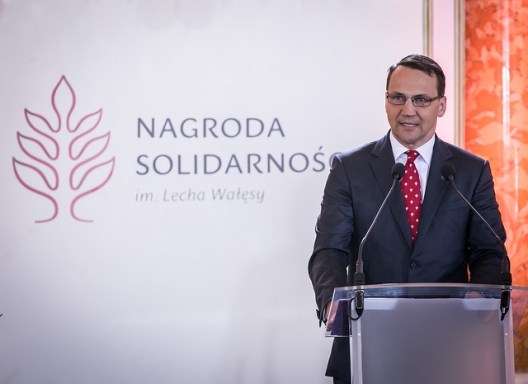 Anxious about the threat from Moscow, Polish leaders have been pressing for a more robust deployment, and even creation of a permanent base on their territory. NATO reached an agreement with Russia after the Cold War ended, promising to refrain from deploying substantial forces in Eastern Europe, but Polish officials have argued that Russia effectively abrogated that agreement by annexing Crimea.

“For the first time since the Second World War, one European country has taken a province by force from another European country,” Radoslaw Sikorski, the Polish foreign minister, said in a telephone interview before Mr. Obama’s arrival. “America, we hope, has ways of reassuring us that we haven’t even thought about. There are major bases in Britain, in Spain, in Portugal, in Greece, in Italy. Why not here? . . .”

“Russia is testing the strength of the international system set up by the United States after World War II,” Mr. Sikorski said. “She tested it in Georgia, which was an implied ally of the United States. She has now tested it in Ukraine. And I don’t think we can discount the possibility that she will test it again. And therefore our security guarantees have be credible, which is to say physically enforceable.”

Russia objected strongly when the former Warsaw Pact nations of Central and Eastern Europe sought to join the NATO alliance in the 1990s, saying that Western troops on their soil would be a threat to Russia. In the 1997 agreement, NATO said it did not intend “additional permanent stationing of substantial combat forces” in Eastern Europe, while Russia agreed to refrain “from the threat or use of force” that would violate the “sovereignty, territorial integrity or political independence” of its neighbors.