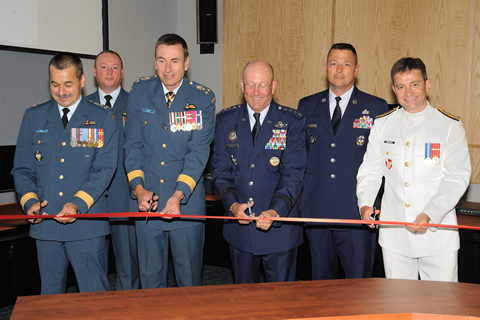 From Allied Command Operations:  On 2 March 2011, Supreme Headquarters Allied Powers Europe (SHAPE) held a Memorandum of Understanding signature ceremony for five nations who will begin participating in Combined Air Operations Centres (CAOCs) and supporting NATO Air operations. Participating in the Accession Signature Ceremony was Bulgaria, Croatia, Estonia, France and Latvia. Albania is finalizing the process to participate in CAOCs and is expected to sign the MOU in the next weeks. …

The steps taken have allowed NATO to "recommit to maintaining the Air Defence of the Alliance through CAOCs,” said Major General Ramsey, adding "This is about Air Command and Control to allow NATO to provide collective Air Defence. This is at the heart of Article Five.”