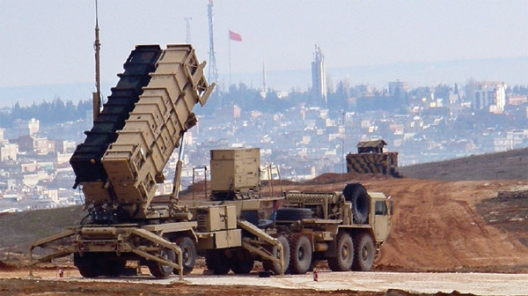 Spain will send a Patriot anti-ballistic missile battery to Turkey’s southern border with Syria as part of a NATO initiative, Defence Minister Pedro Morenes said on Wednesday, replacing the Netherlands’ contribution to the deployment.

The Netherlands, Germany and the United States had each sent two Patriot missile batteries and soldiers to operate them in early 2013, after Turkey, a NATO ally, called for aid to defend itself against attacks from Syria, on its southern border. . . .

Spain, which has not been an major participant in these types of international initiatives in recent years, will also send 130 soldiers to operate the missiles, Morenes said.