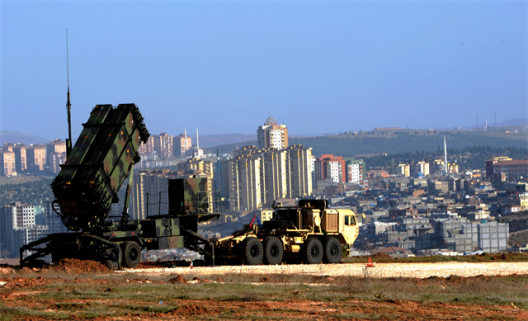 Spanish troops joined NATO’s Patriot anti-ballistic missile deployment in Adana, Turkey on Monday (26 January 2015), replacing a Dutch unit which had been stationed there since January 2013.

For the past two years, NATO’s Patriot deployment on Turkey’s south-eastern border has reinforced Turkey’s air defences against the threat posed by Syria’s ballistic missiles. NATO Foreign Ministers approved the mission in December 2012, after a request from Turkey. At that time, Germany, the Netherlands and the United States each deployed two Patriot missile batteries and soldiers to operate them.

The Spanish unit is now operational and protecting the south-eastern city of Adana. The German and American batteries, which are stationed in Kahramanmaras and Gaziantep respectively, also remain in place. NATO continues to follow the ongoing crisis in Syria with grave concern. Over the past two years, NATO has detected hundreds of Syrian short-range missile launches. The Alliance remains fully committed to the defence of Turkey.