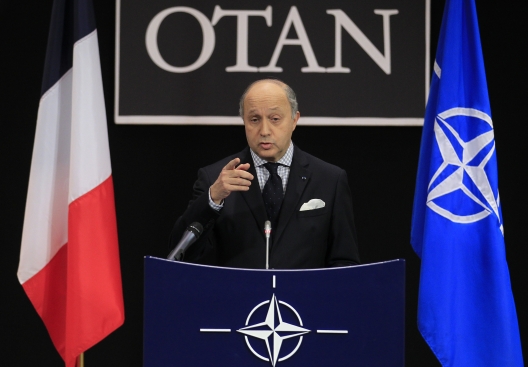 As France looks toward the 2014 NATO summit in Wales, it does so with a foreboding sense that ‘international taboos’ are increasingly being broken by state and non-state actors alike. These are the words Foreign Minister Laurent Fabius used to describe the present geopolitical era in his spring 2014 visit to Washington, and they inform France’s thinking in the lead up to this September’s NATO summit.

As one of NATO’s few European members with global reach, ambition, and responsibilities, France takes very seriously the recent violations of international norms and geopolitical upheaval that have marked the global scene since the 2012 NATO summit in Chicago. Paris has also taken note of the fact that what former foreign minister Hubert Vedrine described in 1999 as the ‘hyperpuissance americaine’ is today a reluctant superpower far less willing to use military force decisively to uphold international norms and standards.

Paris understands that this transformation has significant implications for Europe, given its ongoing dependence on the United States for military assistance in out of area operations. Washington’s hesitant support to provide enabling capabilities in French-led operations in Libya and Mali and its about-face on intervening in Syria served as a wake up call to Paris that Europe needs a stronger autonomous defense capability within NATO to take on a greater share of the burden (and, of course, protect its interests) in a turbulent Africa and Mid East.

As a result, one of France’s overriding priorities for the NATO summit is to foster greater development of a European set of capabilities within the Alliance framework which will both facilitate greater burden sharing across the Atlantic, as well as within Europe.

The capabilities debate is a source of friction within the Alliance, particularly between Washington and Paris. France, like other allies, is eager to see the US and NATO officials downplay the 2% target of GDP spent on defense. Rather, Paris prefers to see other major allies take on their appropriate share of the burden with the capabilities they already have.

As it concerns the strategic environment, French officials are deeply concerned about the rise of extremism and terrorism on Europe’s southern and southeastern flank, as well as flagrant violations of international norms and standards by nation states and non-state actors. French officials are still upset by the lack of American military action in Syria last summer, which left France exposed after it had committed to take military action alongside an American intervention that never materialized.

The ongoing conflict in Syria is a very real anxiety for Paris, for reasons which extend beyond President François Hollande’s concern about the Syrian regime’s unpunished use of chemical weapons against its own people. France is watching closely the broad regional instability in Africa and the Mid East, as well as the rise of transnational terrorist groups and extremist networks. According to some estimates, up to 800 French citizens have traveled to Syria to wage jihad against the Assad regime, and there is real fear of a blowback effect in the coming years among counterterrorism officials on both sides of the Atlantic. The regionalization of the sectarian conflict to include Iraq and France’s former protectorate, Lebanon, is also a serious concern for Paris, although not necessarily one in which France seeks an overt NATO role.

Russia’s invasion of Crimea is another significant violation of international norms that is a source of concern for Paris. France has been an active participant in NATO’s ongoing reassurance measures to Central and Eastern Europe, has joined EU sanctions against Russia, and has also undertaken diplomatic initiatives with Russia and Ukraine’s newly elected government. But here France’s otherwise strong diplomatic stance and participation in reassurance measures has been undermined by France’s refusal to decisively cancel the long-standing sale of two sophisticated Mistral class warships to Russia, despite the objections of the United States and many European allies. The ultimate fate of the sale has been postponed to October of this year, but few believe the deal will actually be canceled given the industrial and contractual issues at stake. The question of allied arms sales to Russia is likely to drag on as a major distraction and public relations problem for the Alliance in the lead up to the summit in Wales.

France has been keen to see the Alliance avoid any new theological debates concerning nuclear posture or nuclear disarmament in the lead-up to Wales. While Paris would not reflexively oppose necessary adjustments or adaptations to NATO’s nuclear forces, it has drawn a red line around any changes to nuclear doctrine or perceptions about NATO’s status as a nuclear alliance.

As of this writing France has not taken a formal decision or offered a public pledge of troops to Operation Resolute Support in Afghanistan post 2014, but Paris is likely to remain supportive of Afghanistan’s new government in some way.

Finally, it is worth noting that the Wales summit will mark 5 years since France rejoined the integrated military command in 2009 after a 40 year hiatus. This decision has survived a change of presidential administrations and has become a normal and uncontested reality of French foreign and defense policy for both major political parties. This is a major accomplishment worthy of reflection and celebration in the lead up to the Wales summit.

Jeff Lightfoot is a senior associate with the Jones Group International and a senior fellow with the Atlantic Council’s Brent Scowcroft Center on International Security. He writes in a personal capacity.