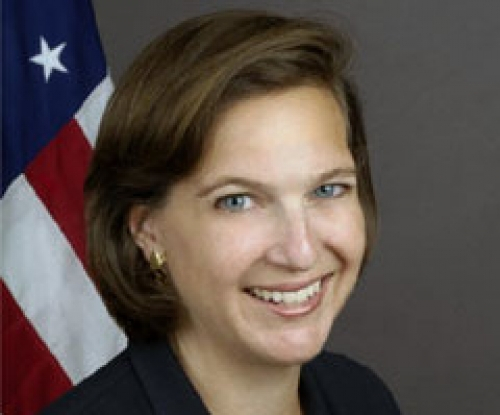 Why does the United States have an interest in how this turns out? Because these same principles and values are the cornerstone of all free democracies, and America supports them in every country on the planet. Countries that live freely and independently and respect the rule of law are more stable and make better partners for the United States. The Euromaidan protestors – students, workers, pensioners, priests, entrepreneurs, business moguls and popstars — are all calling for the same basic rights we hold dear here in the United States. They want to live in a country where their government truly represents the wishes of the people and where they can safely exercise their rights without the fear of oppression.

Just this past weekend tens of thousands returned to the Maidan in Kyiv, hundreds joined them in other cities like Kharkiv, and some five hundred cars participated in a “protest drive” called AutoMaidan. They returned to the squares and streets of Ukraine to make their demands, and to protest the latest assaults on human dignity, including the beatings of opposition leader and former Interior Minister Yuriy Lutsenko and journalist Tetyana Chornovol, as well as dozens of other acts of intimidation and criminality, and efforts to stifle the media and political activity across the country.

Like the vast majority of Ukrainians, the United States and our partners in the European Union want to see the current stand-off resolved politically, democratically and above all, peacefully. This last point applies to the government and protestors alike, and we condemn the actions of rioters outside a Kyiv court building on January 10. However, the use of violence and acts of repression carried out by government security forces and their surrogates have compelled us to make clear publicly and privately to the government of Ukraine that we will consider a broad range of tools at our disposal if those in positions of authority in Ukraine employ or encourage violence against their own citizens. We have also pressed all key stakeholders – President Yanukovych, his government, the opposition, business representatives, religious leaders and civil society – to engage in a good-faith dialogue to get Ukraine back on the path to economic health, justice and a European future. When I last met with President Yanukovych on December 11, he asserted that he still wanted all those things for his people. If that assertion is still true, we call on him to make it credible through concrete actions to restore government accountability, rule of law and engagement with Europe and the IMF.

In this connection, we commend the European Union for leaving the door open for Ukraine, and the International Monetary Fund for its willingness to work with Ukraine when the government is willing to roll up its sleeves and address the serious structural and macro-economic problems that have plagued the country for years. The IMF is offering a proven, if arduous, long-term diet plan back to good economic health. Like any tough health regime, it requires work and sacrifice but the rewards are great. When Ukraine’s leaders are ready to invest in that kind of program, the United States and our EU partners will help them sustain the commitment. We urge them to restart consultations now. . . .

As I have said repeatedly over the past few months, Ukraine’s European integration is not a zero-sum calculation. We encourage Ukraine to continue to develop normal and strong, sovereign relations with all neighbors. There is also, unfortunately a good deal of disinformation in Russia about the potential effect that the EU’s Eastern Partnership could have on its economy and arrangements with neighbors. We have encouraged the EU to redouble its efforts to counter false narratives in Russia and actively make its case that a more prosperous, European Ukraine will lift the whole neighborhood, both economically and in terms of democratic stability.

Ukrainians have struggled for 20 years to protect and strengthen their sovereignty, their democracy and their economy. The events of the last six months demonstrate that Ukrainians want and deserve better.

Excerpts from remarks by Assistant Secretary of State for Europe and Eurasian Affairs Victoria Nuland before the Senate Foreign Relations Committee, January 15, 2014.