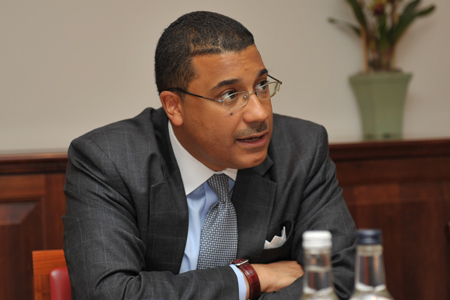 From Frank A. Rose, the Department of State:  Missile defense plays an important role in the broader U.S. international security strategy, supporting both deterrence and diplomacy. Missile defense assures our allies and partners that the United States has the will and the means to deter and, if necessary, defeat a limited ballistic missile attack against the U.S. homeland, our forward deployed troops, allies, and partners. Missile defense also may help constrain regional actors from trying to inhibit or disrupt the U.S. ability to come to the defense or assistance of its allies and partners. . . .

In order to augment the defense of the United States and provide more comprehensive and more rapid BMD protection to our European Allies and U.S. deployed forces, in 2009 President Obama outlined a four-phase implementation plan for European defense. Through the European Phased Adaptive Approach (EPAA), the United States will deploy increasingly capable BMD assets to defend European population and territory against a ballistic missile threat from outside the Euro-Atlantic area that is increasing both quantitatively and qualitatively. At the 2010 NATO Summit in Lisbon Allies welcomed the EPAA as the U.S. contribution to the NATO missile defense capability.

Our NATO Allies also have systems that they can contribute to the collective defense. Some of our Allies, for example, have Aegis ships with advanced sensor capabilities that could provide valuable contributions even without SM-3 interceptors. Our Allies also possess other land- and sea-based sensors that could be linked into the system, as well as lower tier systems, such as PATRIOT, that can be integrated and used to provide point defense.

For Phase 2 of the EPAA, we have an agreement with Romania to host a U.S. land-based SM-3 interceptor site beginning in the 2015 timeframe. This site would provide protection against medium-range ballistic missiles launched from the Middle East.

We also have an agreement with Poland to place a similar U.S. SM-3 interceptor site there in the 2018 timeframe for Phase 3 of the EPAA.

Finally, with respect to Phase 4, the Department of Defense has begun concept development of a more advanced interceptor for deployment in the 2020 timeframe that will enhance our ability to counter medium- and intermediate-range ballistic missiles and potential future ICBM threats to the United States from the Middle East. . . .

Russia has raised the issue of a legal guarantee with a set of “military-technical criteria” that could, in effect, create limitations on our ability to develop and deploy future missile defense systems. We certainly cannot accept limitations on our ability to defend ourselves, our allies, and our partners, including where we deploy our Aegis ships. These are multi-mission ships that are used for a variety of purposes around the world, not just for missile defense. We also will NOT accept limitations on the capabilities, and numbers of our missile defense systems. We would be willing to agree to a political framework including a statement that our missile defenses are not directed at Russia. In fact, this is what we have been saying all along: any statement will be politically binding and it would publicly proclaim our intent to cooperate and chart the direction for cooperation, not limitations. Our cooperation with Russia will not come at the expense of our plans to defend against regional ballistic missile threats or for the defense of the U.S. homeland.