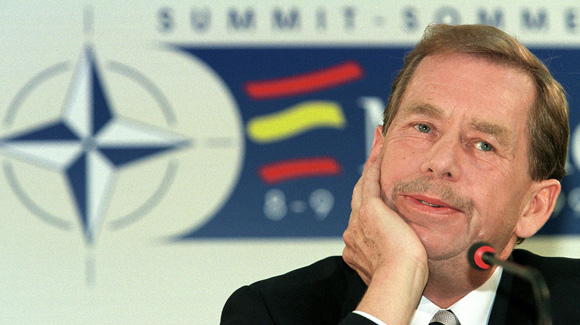 From Anders Fogh Rasmussen, NATO:  I would like to offer my sincere condolences to the people and governments of the Czech Republic and Slovakia on the death of former president Vaclav Havel.

As a leader of the resistance to communism, he inspired the Velvet Revolution. He had the courage, vision and dedication to fight for a better future for his country. And as the president of the free Czechoslovakia, and of the Czech Republic, he led them towards that future – including taking the Czech Republic into NATO in 1999 in the very first enlargement to countries of the former Warsaw Pact.

He was an extraordinary man who led his country through an extraordinary time. He will be remembered around the world as a great writer, a visionary and a leader who helped to reunite Europe after half a century of division.  (photo: Juergen Schwarz/Reuters)