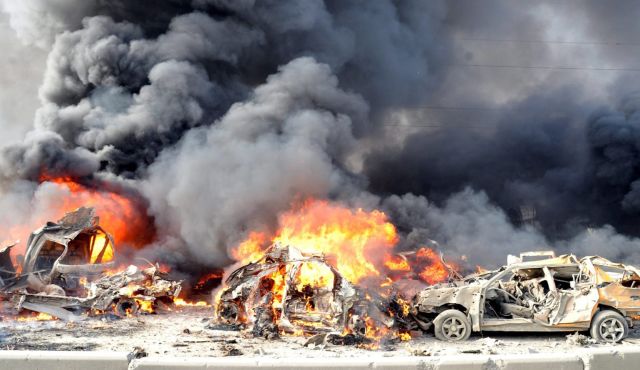 From DPA:  A Syrian army defector said that the rebels controlled 60 per cent of the country and that all they needed was limited military intervention from NATO to help them topple President Bashar Assad , a pan-Arab daily newspaper reported on Monday.

"All we need from NATO are two air attacks on the presidential palace to topple the regime and we will be able to control all the Syrian cities," Major General Adnan Salo, who is a former head of the chemical weapons unit in the Syrian army, told Asharq al-Awsat.

Videos posted on opposition websites showed fighting allegedly taking place in Kfar Soussa, an area in the capital close to the presidential palace.

The Syrian army sent reinforcements after the clashes and checkpoints were erected across the capital, activists said.

The Syrian Observatory for Human Rights said the clashes that started on Sunday and lasted until the early hours of Monday were the fiercest in Damascus since the start of the uprising against Assad 16 months ago. . . .