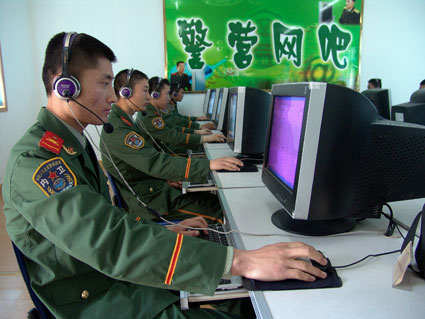 From Lo Tien-pin and Jake Chung, the Taipei Times:  With increasing numbers of cyberattacks targeting Taiwan, the US and Japan being traced back to China, the government has increased its budget for cyberwarfare capabilities, the Ministry of National Defense (MND) said in a report on Friday.

While implementing cuts in personnel from all other military departments and branches to lower expenditures for the future implementation of a voluntary military service, the ministry is expanding its Communication Electronics and Information Bureau (CEIB) to include a specialist group for electronic and Internet warfare.

The ministry is also planning to establish an “experimental facility for simulated cyberwarfare” to further raise the cyberwarfare capabilities of the military, the ministry said.

According to the ministry’s recently released estimate of the military capabilities of the People’s Liberation Army (PLA), Chinese geostrategy and war emphasize superiority in cyberwarfare and the capability to launch countermeasures against a stronger enemy. . . .

Formed and supported by both the military and its governmental administrative agencies, the Chinese cyberwarfare unit not only targets open Web sites related to Taiwan’s political, economic and military sectors, but also uses computer viruses and hackers to steal, change, delete or incapacitate Taiwan’s network, the report said.

The Chinese cyberwarfare unit also draws talent from its civilian sectors and is capable of launching a strong attack over the Internet, the report said. . . .

Meanwhile, the National Security Bureau said in its budget estimate for next year that parts of its network had been attacked more than 1 million times by hackers from the January through June.  (photo: ak47)