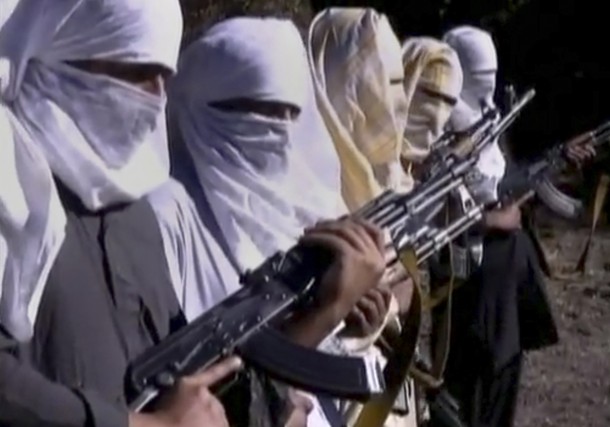 From Deb Riechmann, the AP:  The Taliban on Sunday urged all NATO nations in Afghanistan to follow France’s lead and pull their forces from the war.

The call came in a three-page statement released just as heads of state opened the NATO summit in Chicago to talk about the future of Afghanistan.

The Taliban also took responsibility Sunday for a suicide bombing in southern Afghanistan.

The newly elected president of France has said he will withdraw all French combat troops from Afghanistan by year’s end — a full two years before the timeline agreed to by nations in U.S.-led NATO coalition.

“The declaration of the new president of France, Francois Hollande, that all its troops will be removed from Afghanistan at the end of this year is a decision based on realities and a reflection of the opinion of its nation,” the Taliban said in an English version of the statement posted on its website.

“We call upon all the other NATO member countries to avoid working for the political interests of American officials and answer the call of your own people by immediately removing all your troops from Afghanistan,” the insurgent group said.

It cited a recent New York Times/CBS News poll that found that 69 percent of Americans thought the U.S. should not be at war in Afghanistan.

“So the NATO member countries who claim to be the elected representatives of its people and consider their government the people’s government — by the people, for the people — how will they answer the call of their people in this summit?” the Taliban asked.   (photo: Reuters)