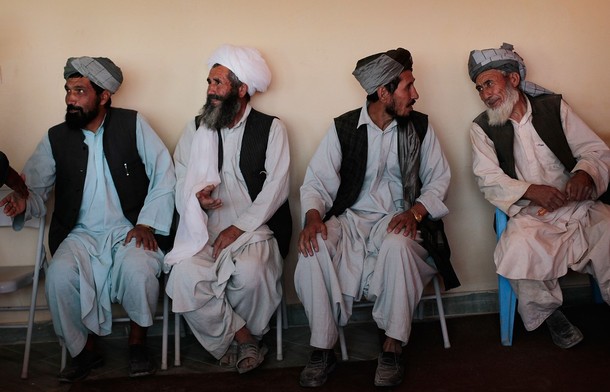 From John Simpson, the BBC:  The Taliban in Afghanistan have told the BBC that there is no question of their entering into any kind of negotiations with Nato forces.

It comes after US commanders and the British army chief of staff, Gen David Richards, suggested that it might be useful to talk to the Taliban.

They assume, perhaps wrongly, that the Americans are in disarray after the sacking of the Nato commander Gen Stanley McChrystal last week, and regard any suggestion that they should enter negotiations with them as a sign of Nato’s own weakness. …

[A] trusted intermediary conveyed a series of questions to Zabiullah Mujahid, the acknowledged spokesman for the Afghan Taliban leadership, and gave us his answers.

The text runs as follows:

"We do not want to talk to anyone – not to [President Hamid] Karzai, nor to any foreigners – till the foreign forces withdraw from Afghanistan.

"We are certain that we are winning. Why should we talk if we have the upper hand, and the foreign troops are considering withdrawal, and there are differences in the ranks of our enemies?"

This is propaganda, of course – yet many Afghans, even those who hate and fear the Taliban, are coming round to exactly the same view.  (photo: Getty)