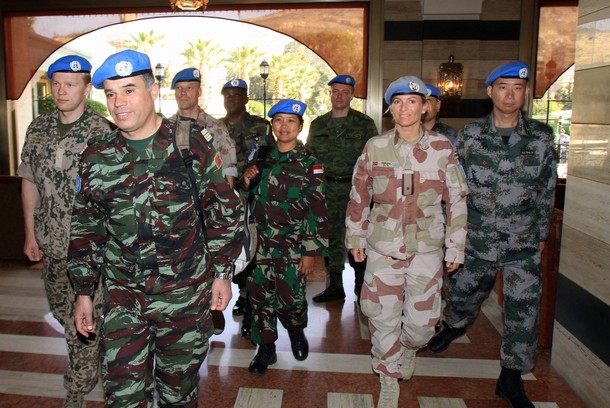 From Kurt Volker, the Christian Science Monitor:  In 1993, US Secretary of State Warren Christopher began consultations with European allies to gauge their level of support for military force. But instead of assuring that the United States was prepared to lead the charge, he asked allies whether they were prepared to implement the plan, without committing the US either way. (“Leading from behind” is what one might call this today.)

Sensing the US was not prepared to lead implementation – President Clinton had won the election just six months earlier on the slogan, “It’s the economy, stupid” – allies demurred.

Within a week, the Bosnian Serb parliament rejected the plan, and shelling resumed. The war raged for two more years, with the Bosnian enclaves of Gorazde and Zepa falling to ethnic Serb forces, their majority Bosniak populations forcibly expelled.

Then, in July 1995 in Srebrenica, Bosnian Serbs murdered more 7,000 Bosniaks in one, systematic slaughter. It was at that point that the West finally acted. To his lasting credit, President Clinton then determined that the US would lead. NATO used air power to suppress Bosnian Serb attacks on Sarajevo, and within months had committed to military implementation of the Dayton peace accord, driven to conclusion by American über-diplomat Richard Holbrooke. By December 1995, some 60,000 NATO troops were en route to Bosnia to implement the peace plan, 20,000 of them American.

What was the difference between May 1993 and July 1995? In terms of Western implementation – nothing. We did in 1995 roughly what we would have done in 1993, had we acted. But in terms of human cost – tens of thousands of lives were lost.

And that is the key lesson. Eventually, the West was willing to act. But it took a “catalyst” of thousands of lives lost in a single massacre to convince us to do what we could have done years before. Would it not have been better to have acted sooner and saved thousands of lives?

As we look back over recent decades, there have been a surprising number of mass-murder conflicts. Bosnia, Kosovo, Saddam Hussein’s attacks on the Kurds in Iraq, and Libya, to name a few. In each case, outside powers intervened at some point to stop the killing. The results – while imperfect – nonetheless saved thousands of lives and laid the groundwork for future settlements.

And of all these recent conflicts, which is the one we regret the most? Rwanda, where some 800,000 people were killed and the West did nothing.

This is the perspective one must bring to the conflict now raging in Syria. . . .

What is missing, therefore, is not an understanding of the case for intervention, or even a means to intervene, but a “catalyst” that justifies and forces action. If that catalyst occurs, the US and others might act. And then America and its friends should ask themselves why they did not act sooner, and prevent the very catastrophe that spurred them into action.

Kurt Volker, a former US ambassador to NATO, is a professor of practice at Arizona State University and a senior fellow at the Center for Transatlantic Relations at Johns Hopkins University’s School of Advanced International Studies.  (photo: Getty)