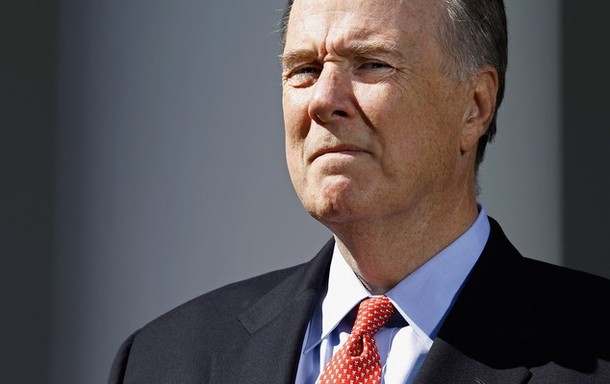 From Jason Horowitz, the Washington Post:  [Tom] Donilon has completed a metamorphosis three decades in the making, rising to the position of President [Barack] Obama‘s national security adviser and the patron saint of staffers.

"It’s the kind of job I’ve been preparing for, for a long time, frankly," said Donilon, 55. According to one senior administration official, granted anonymity to describe internal deliberations, Donilon picked the national security job over that of White House chief of staff, despite the entreaties of Rahm Emanuel and the pick of posts from Obama.

A chief of staff job would have had Donilon tending to the internal bruises of an administration battered by midterm elections and an abysmal economy. Instead, he chose to focus his later life’s work on the post-Bush-era rebuilding of a national security decision-making process and, more ambitiously, the shifting of America’s stance in the world. To the extent that there is a Donilon Doctrine, it envisions a re-balancing of resources and interests away from Afghanistan, the Middle East and Europe and toward Asia, where he sees America building bigger, better relationships with China and India.