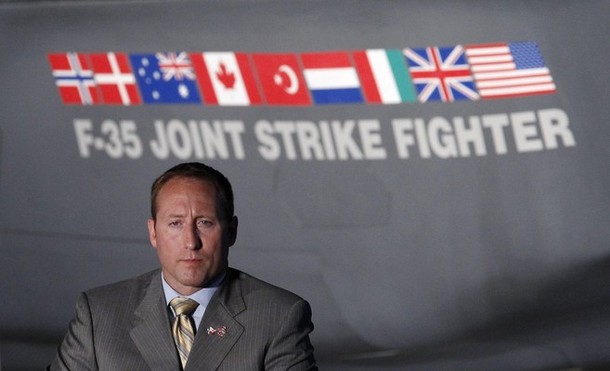 From Andre Gerolymatos, the Vancouver Sun:  Fundamentally, the Canadian Air Force has not only commitments to NATO but also to Norad (North American Aerospace Defence Command). Beyond the obvious advantages in advanced technology that the sub-contracting of the construction of the F-35 will yield for Canadian companies, Canada’s warplanes must be able to keep up with their American counterparts.

How can Canada maintain a credible role in Norad and NATO if the air force lacks next-generation technology? In other words, the Canadian fighters patrolling North America’s air space must also have stealth capability and they must be as manoeuvrable and as advanced as their American partners. It would be pointless and dangerous if in a particular wartime situation, NATO and Norad patrols were exposed because the Canadian contingent could be detected by radar. …

The design and construction of the F-35 is a joint venture between the primary country, the United States, and Canada, the United Kingdom, Italy, Turkey, Australia, Norway and Denmark. …

Undoubtedly, $9 billion in purchasing costs and an estimated $7 billion more in long-term maintenance contracts is a great deal of money that could be used to reduce the deficit or to increase our social safety net. But the tragedy of our times is that defence will continue to consume a significant percentage of society’s wealth. The good news is that Canada’s share is minimal. The Canadian defence bill is a very modest 1.1 per cent of the GDP. Remarkably, Canada ranks 126th in the world (out of 176) in defence spending, just below countries such as Latvia, Lithuania, Ethiopia, Venezuela, Belgium and Bolivia.

Not so remarkably, the reason we can get away with spending so little is that a major part of our defence is carried by the United States. We may argue over spending $9 billion on 65 planes, but the Americans will buy more than 2,000 F-35 fighter jets. Unlike Canada, the U.S. defence budget represents 4.06 per cent of the country’s GDP. Indeed, we are fortunate that our neighbour is willing to bear a disproportionate share for protecting North America.