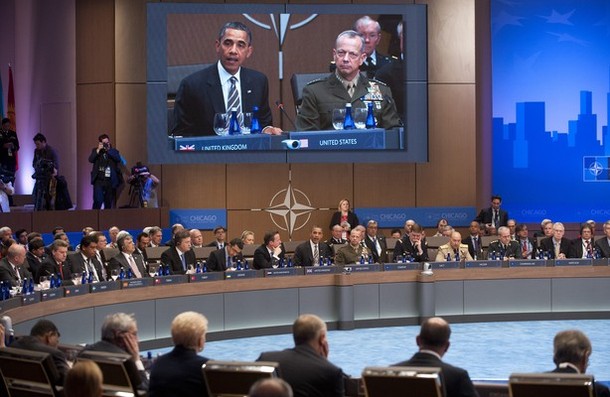 From Simon Serfaty, the Hoover Institution:  The trip into a new, post-Western order will be more chaotic if the West loses its assurance and cohesion. On both sides of the Atlantic, such a risk is discernible and even growing. Too much doubt among Europeans about the United States, as well as about each other; and too much doubt among Americans about themselves, but also about the states of Europe, is an invitation to seek alternatives elsewhere — for the United States outside Europe, and for the states of Europe beyond their union. That would be repeating in the 21st century the fatal mistake that Europe made after 1919 when it attempted to keep going on its own and without its newly rediscovered partner across the Atlantic. Admittedly, after several decades of renewed intimacy Americans and Europeans are getting tired of each other. But alternatives to their union would be worse — far too demanding, much less rewarding, and certainly less comfortable. America can be more of a trans-Pacific power without turning into less of a transatlantic partner, and Europe can engage Russia or renew its Asian vocation without turning its back on the Atlantic. . . .

[C]hoices of capable allies and partners can be limited or at least get complicated. Thus, relative to the United States and the states of Europe, emerging China and India, and recast Russia, can only fake special partnerships: Too much history and not enough geography stands between them. An imperial power in remission, Russia holds no China card; a pre-imperial power on the make, China, too, has no Russia card of value; and a post-imperial construct still in search of national cohesion, India has no interest in any “card” with either. That alone leaves this emerging geostrategic troika behind the West as all members of the troika are more interested in the United States or Europe than in each other. . . .

Neither the West nor the rest can afford a form of neo-isolationism: closing borders, withdrawing troops, and denying aid.

Entering a prolonged moment — possibly an era — of austerity, the U.S. temptation to stand aside is real, as it used to do; and so is Europe’s urge to remain aloof, as it has learned to be. Combined, these two trends add up into a form of neo-isolationism that neither the West nor the rest can afford. To achieve an instant retrenchment from the world — its quarrels, its people, and its goods — there are temptations to close borders for protection from unwanted consumers of scarce public goods; to withdraw troops for separation from internal strife or out of exasperation over insufficient results; and to deny aid for lack of compassion no less than a lack of funds. The irony is for everyone to see: Globalization was mainly a Western creation, but de-globalization of the post-Western world, should it occur, will likely be initiated in the West. Yet, even this conclusion confirms that on the whole the rest is fighting to join a world made in the West, rather than to bring it down. . . .

For all the talk about the irresistible rise of the non-Western rest of the world, and for all the aggregate data and expert analysis put forward to make it look irreversible, the competition between the West and the rest remains a mismatch, while rivalries within the rest threaten to be less peaceful than in or with the West. Most of the richest, industrially-advanced, democratically stable states are in, or affiliated with, the Western world, where there is also the largest accumulation of hard power the world has ever seen. Much is written about economic growth in Asia, but its new wealth has been acquired in, and depends on, the West — its consumers, its technologies, and its capital. Standing ahead are many years and even decades of uncertainty for the main bidders for preponderant, or at least significant, global status. As noted, inevitability has a poor record in history: History does not share its options, and when picking winners and losers, best to hedge your bets. . . .

For a bit of the world at least, there is a temptation to return to the old ways of history to be heard or prevail. That is what makes the current moment urgent, as well as pivotal. The collapse from euphoria to hysteria, between 1911 and 1914, did not take long. Unbeknownst to all, the long peace enjoyed for 99 years since 1815 had little time left. In a sense, after another long peace, lived in anguish during the Cold War, there is also little time left for another timeout as a post-Western world is remodeled and refurbished with Western help.

Simon Serfaty is professor of U.S. foreign policy at Old Dominion University in Norfolk, Virginia. The Zbigniew Brzezinski chair (emeritus) in Global Security and Geopolitics at the Center for Strategic & International Studies, he also serves as senior fellow at the German Marshall Fund in Washington, D.C. Some of his most recent books include Vital Partnership (2005 ) and Architects of Delusion (2008). His next book is A World Recast (2012).  (photo: Getty)