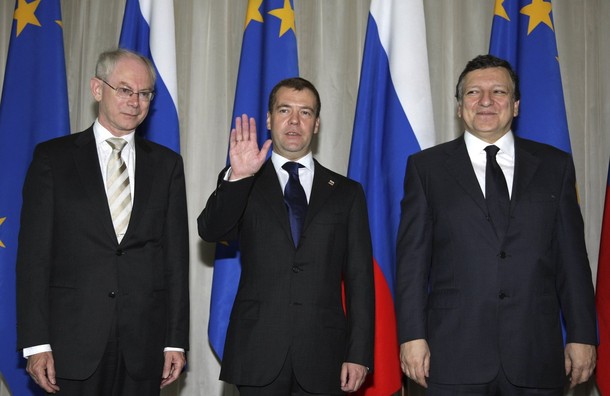 From Radoslaw Sikorski, the New York Times: In areas like energy and military cooperation, some E.U. members act unilaterally, but these free-riders can in turn fall victim to other member states in other areas.

To speak with one voice the E.U. should follow three basic rules.

First it should seek an all-encompassing platform of cooperation with Russia, with everybody subscribing to a common list of E.U. interests. That is why we need to stick to the agreed mandate for the European Commission to negotiate a new Partnership and Cooperation Agreement with Russia.

Second, the relationship with Russia must not be developed at the expense of other partners. Moscow should not be fast-tracked at the expense of Ukraine or Moldova. Third countries are nobody’s “privileged sphere of interest.” The E.U. should stand by its values and established norms of international conduct.

Lastly, we need to send Russia a clear message about what the E.U. really wants. What’s at stake are the rules by which our relationship with Moscow will be governed. If we blink, let us not be surprised by the consequences. …

We need to remember, however, that Russia’s relationship with the E.U. is dependent on positive change within Russia — whether the country’s leaders decide to push toward more competition, the rule of law and more personal freedom. Deeds should follow words, and we should respond accordingly, with good will in proportion to every positive step.

Radoslaw Sikorski is the foreign minister of Poland.  (photo: Reuters)