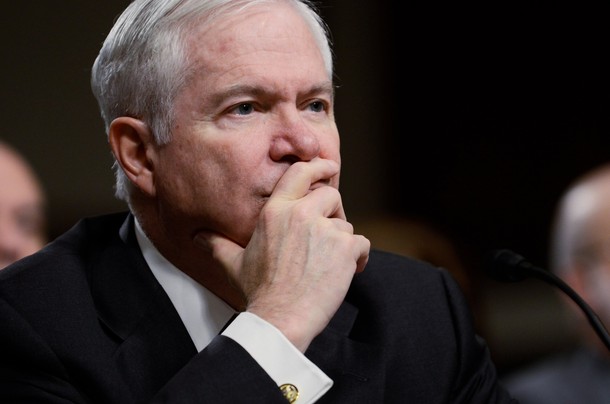 From Michael Gerson, the Washington Post:  [Secretary of Defense Robert] Gates’s skepticism about the practical applicability of foreign policy ideals is a throwback to the days of President George H.W. Bush. “We have to be very realistic,” Gates told me last week on his plane between stops in Afghanistan, Europe and Bahrain, “about our capacity to shape the world and to shape other countries that have their own history and their own culture and their own traditions — and particularly, to shape them in our image.”

But accepting this self-description — cautious, skeptical of idealism and intervention — misses the paradox of Bob Gates.

It was Gates who helped salvage the Iraq surge in Congress when key Republicans began to waver and Democratic leaders pressed for a specific withdrawal date. It was Gates who has provided top cover for Gen. David Petraeus in Iraq and Afghanistan. It was Gates who persuaded President Obama, against the antiwar instincts of the White House staff and Democratic base, to support a serious escalation of the Afghan war. And it is Gates who has skillfully shifted attention away from Obama’s July deadline for the start of American withdrawal from Afghanistan toward the more realistic target of 2014, when Afghans are scheduled to assume the security lead in their country.

Perhaps only a foreign policy realist with a reassuring public manner could have rescued one unpopular war from defeat, made the transition to an antiwar administration and put another war on a better path.

Gates demonstrates that being soft-spoken is not the same as being soft. Speaking of the Afghan surge, he pointed out to me a “mark of the change — and it’s a tragic mark, but I think it underscores the point I’m trying to make: When I took this job on December 18th, 2006, 194 Americans had been killed [in action in Afghanistan]. . . . As of now — as of today — it’s 1,155. So I think it underscores that from 2002 until well into 2007 and ’08, this war was being fought at a very different level of intensity.”  (photo: Getty)