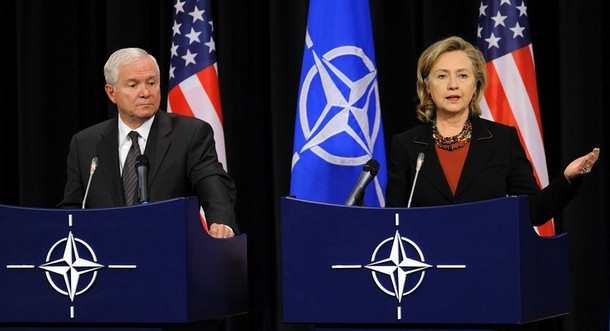 From Judy Dempsey, the New York Times:  When NATO leaders meet next week in Lisbon, one topic is unlikely to be discussed: how to make the most of the dwindling funds available for defense spending.

The NATO secretary general, Anders Fogh Rasmussen, will present his new strategic concept for the 28-member U.S.-led military alliance. Much attention will be paid to improving relations with Russia, agreeing on a missile defense shield and responding to new threats.

But one of the biggest threats on NATO’s doorstep will most likely remain in the background: It is the growing reluctance by NATO’s European allies to face the consequences of the global financial crisis and introduce reforms in the defense sector.

Analysts say such reluctance could have devastating consequences for Europe’s defense and security. It could make the Europeans even more dependent on the United States at a time when the Obama administration, with its attention focused on Asia, wants Europe to assume more of the burden.

“My worry is that the more our allies cut their capabilities, the more people will look to the United States to cover whatever gaps are created,” said the U.S. defense secretary, Robert M. Gates, on a visit to Brussels last month. “And at a time when we’re facing stringencies of our own, that’s a concern for me. …”

Even though money for the defense sector is scarcer than ever, the Europeans insist on retaining 21 naval shipyards, compared with 3 for the United States, according to Mr. [Kees] Homan [a military expert at Clingendael].

It’s a similar story with weapons programs. “E.U. countries have 89 different weapons programs, while the U.S., whose budget is more than twice the size of the E.U.’s defense budgets combined, has only 27,” said Clara Marina O’Donnell, research fellow at the Center for European Reform in London. “The main challenge for NATO is that Europe, given its lack of defense capabilities and funds, is not using this chance for greater cooperation, however urgently it is needed.”

This fragmentation of Europe’s defense markets has proved expensive and inefficient. “It has also hampered the ability of European militaries to work together on international missions,” Ms. O’Donnell said. And Europe’s abysmal lack of investment has only exacerbated the situation. As a share of its defense budget, spending on research and development fell 16.3 percent between 2001 and 2008. The U.S. spending is six times higher than that of Europe combined, widening the technological gap between the United States and Europe.  (photo: Getty)