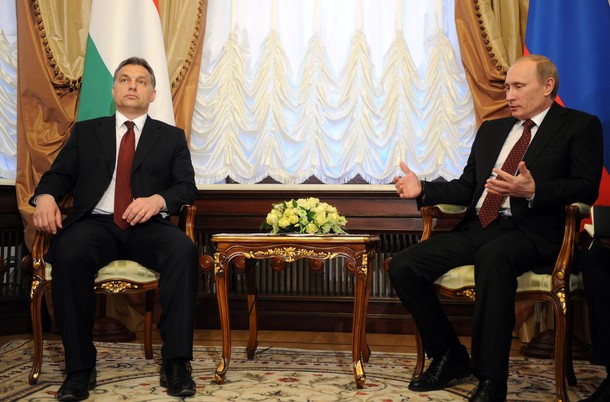 From the Editors of the Washington Post:  The right-wing Fidesz party of Prime Minister Viktor Orban won 53 percent of the popular vote in an election this year but gained 66 percent of the seats in parliament – enough to change the constitution. It proceeded to take over or attack the authority of every institution it did not control, including the presidency, the Supreme Court and the state audit office; the central bank is now under its assault.

Meanwhile, Mr. Orban has overseen passage of two media laws that will put Hungary in a league with Russia and Belarus on press freedom. One puts Fidesz in control of state television channels and all other public media outlets. The second, approved by parliament on Tuesday, creates a powerful Media Council with the authority to regulate newspapers, television, radio and the Internet. …

Hungary is due to host a European Union summit meeting in Budapest in May, with Secretary of State Hillary Rodham Clinton expected to attend. Mr. Orban should be given a choice between curbing his concentration of power and amending the media laws – or suffering the humiliation of having the European Union and the United States move or boycott his summit.  (photo: Getty)