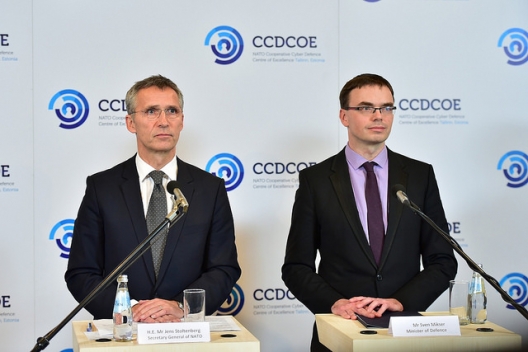 The central question for NATO’s cyber doctrine is how the lack of an articulated offensive cyber capability affects its ability to deter or defend. Put another way, can any military force credibly claim to have advanced capabilities if it does not include offensive cyber operations in its arsenal? Offensive capabilities, unlike NATO’s current defensive posture, involve deliberate intrusions into opponent networks or systems with the intention of causing disruption, damage or destruction. The question of NATO and offensive cyber capabilities touches on a range of sensitive political issues that militate against any change in policy in the near term.

The US has always been overly secretive about its offensive cyber capabilities, even after a flood of media leaks have made the most sensitive doctrine publicly available. This secrecy has carried over into NATO, and is unhelpful in that it increases the likelihood of opponents miscalculating as they consider the risks of using force or coercion against NATO members or interests. A lack of public discourse on offensive cyber operations undercuts the legitimacy of NATO operations by failing to build public understanding, and leaves NATO open to charges of sinister plots, since denial of offensive capabilities is not credible when two NATO members are world leaders in cyber operations.

Parallels between cyber operations and nuclear strategy are usually misleading, but cannot always be dismissed. The parallel for NATO is that cyber attack is a “weapon” with both strategic and tactical uses, which only a few NATO members possess. Unlike nuclear weapons, however, the procedures for integrating offensive cyber operations into NATO’s defensive actions are not at all obvious, if they exist. NATO will need to describe how the cyber capabilities possessed by a few of its members will support NATO’s defensive activities, and NATO’s credibility in defence requires some public discussion on the use ofoffensive cyber operations.

There has been a confusing debate over the merits of cyber deterrence, but one conclusion that we can draw from this discussion is that both the contribution of cyber operations to deterrence and the ability to deter cyber attack work best when embedded in a larger military force structure. Adding offensive cyber capabilities to NATO’s force structure and response doctrine will increase its deterrent capabilities – by how much is unclear, but what is clear is that a failure to add cyber capabilities will erode a credible deterrent as cyber operations are increasingly embedded into military operations.

Beyond deterrence, two other factors point to the need for additional consideration of NATO’s public posture on offensive cyber operations. The first is that cyber techniques are essential for the kinds of combat operations that NATO forces may carry out in the future. No modern air force would enter into combat without electronic warfare (EW) capabilities; as cyber and EW merge into a single activity, air operations will require cyber support. The same is true for special forces operations. Offensive cyber capabilities will shape the battlefields of the future.

Second, NATO’s potential opponents will use cyber techniques in new ways, in what some have called “hybrid warfare”. These include countries traditionally of concern to NATO, but cyber threats could also come from new actors, such as Iran or North Korea, and proxy or non-state actors such as the Syrian Electronic Army. These nations and groups, using cyber techniques, now have new ways to strike NATO countries.

Military doctrine is changing as opponents seek to circumvent US military power and use a blend of political action and “influence operations”, special forces, proxies and irregular units, unconventional tactics and cyber techniques to apply force to gain their ends. Cyber techniques for political action and “influence operations” are not intended to destroy or disrupt, but rather to put coercive political pressure on targets. This new style of warfare will challenge planning for mutual defence. For these reasons, the need for more than defensive or technical cyber capabilities will increase.

James A. Lewis is director of the Strategic Technologies Program at the Center for Strategic and International Studies.