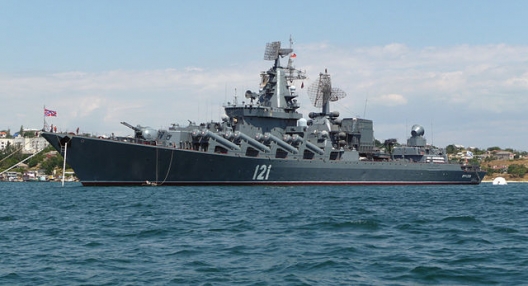 As the U.S. military “rebalances” to the Asia-Pacific theater, the Russian Navy is pivoting back into the same European waters it became very familiar with during the Cold War. Russia apparently is deploying, and intends to continue to deploy, its navy into the vacuum created by the United States’ absence in the Mediterranean Sea. America should respond by adding various ships—an afloat forward-staging base (AFSB) and several littoral combat ships (LCS)—to the guided-missile destroyers (DDGs) we plan to home-port in the European theater in 2014 and 2015. . . .

Russian President Vladimir Putin, never shy of taking advantage of an opportunity to expand his country’s international influence, became keenly aware of the Mediterranean power vacuum several years ago. He was equally aware that his naval fleet had been emasculated by years of neglect. Naval inventories were a shadow of their former selves, and readiness levels were precariously low. Since then, Russia made sizable improvements to its fleet’s size and readiness and stepped up patrols in the region, roughly coinciding with the escalation of tensions in Syria. During the past calendar year, the Black Sea Fleet alone conducted 17 operational voyages and 39 port visits in the Mediterranean, spending 650 days at sea.

In January 2013, Russia conducted its largest naval maneuvers in the Mediterranean since the end of the Cold War. During his visit to the Black Sea Fleet in February, Russian Defense Minister Sergei Shoigu stressed that the “Mediterranean region was the core of all essential dangers to Russia’s national interests” and that continued fallout from the Arab Spring increased the importance of this region. Shortly thereafter, he showcased a new Russian naval policy by announcing the decision to establish a Navy Department task force in the Mediterranean “on a permanent basis.”

The details of that move became a hot discussion topic in the Russian military press. Many believe the Black Sea Fleet will provide the permanent core of the task force owing to its proximity to the region, with the missile cruiser Moskva its likely flagship. However, other naval experts point to the Northern Fleet as the main source of ships, as it has the most numerous and modern vessels. Russian naval officials will also consider Pacific Fleet and Baltic Fleet ships for inclusion.

The underlying consensus of the unclassified press reporting is that there will be around ten modern warships from various Russian fleets operating permanently in the Mediterranean. This force will be under the tactical control of an afloat staff drawn primarily from the Black Sea Fleet, but led operationally by Navy staff in St. Petersburg. Commander Admiral Viktor Chirkov added that the number of ships in the task force could be enlarged to “to include nuclear submarines,” and the carrier Admiral Kuznetsov was also rumored to become part of this force, despite her midlife upgrade scheduled for year’s end. This permanent task force is already working to schedule future exercises with any interested NATO navy in the Mediterranean littoral, as well as with Israel and China. Precise timelines for deployments are necessarily vague and somewhat tied to Russian access to logistical and maintenance support in the region.

Russia also has yet to nail down which Mediterranean ports it will use. Its naval base in Tartus is its only one outside Russian territory; with ongoing military developments in Syria, naval officials are considering other locations as their primary regional port. Unofficial rumors suggest Russia is considering ports in Cyprus, Montenegro, and Greece in addition to Syria. Of these, Cyprus has gotten the most attention, owing to the close economic relations between Moscow and Nicosia. Cypriote Defense Minister Fotis Fotiou acknowledged a close relationship with Russia but denied any discussion about a “permanent base” in Cyprus for Russia. He did not, however, rule out a relationship in which the Russian Navy could use port facilities, much as the U.S. Fleet does in many European countries. . . .

For several decades, the Russian Navy has disappointed in its ability to do what navies aim to do: assure allies, show the flag, project power, and influence power balances. Today, however, this meager but growing force is expending considerable effort to operate in waters the United States and others have vacated on a permanent basis. The reasons behind Moscow’s move are manifold, but certainly one is pure opportunity based on NATO’s absence. While its actions rarely match its rhetoric, Russia has decidedly amped up its presence in the Mediterranean at the same time NATO allies appear to have lost their motivation to control this region.

Captain Thomas R. Fedyszyn is chair of the Europe-Russia Studies Group at the Naval War College. He received his PhD from Johns Hopkins University while on active duty. His 31-year naval career included assignments as the U.S. naval attaché to Russia and two tours at NATO headquarters.