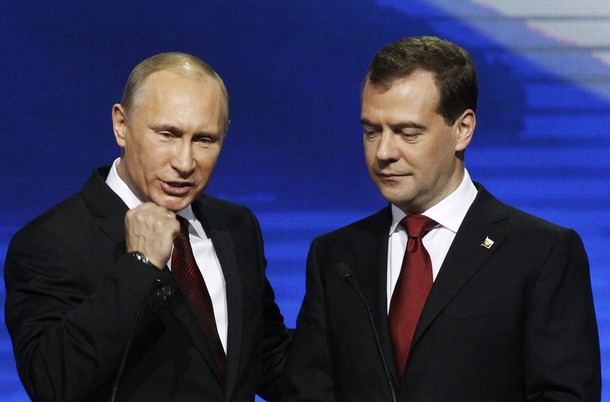 From Fyodor Lukyanov, Russia in Global Affairs:  President Dmitry Medvedev made a remarkable statement during a speech to military officers in southern Russia early this week. Regarding the August 2008 war between Russian and Georgia, he said, “For some of our partners, including NATO, it was a signal that they must think about geopolitical stability before making a decision to expand the alliance.”

This is the first time a Russian official has acknowledged that its conflict with Georgia was not only about “protecting compatriots,” but also about the need to forestall strategic changes on Russia’s border. Georgia pounced, claiming that Medvedev’s statement amounts to an admission that Russia bears responsibility for starting the war. . . .

Medvedev spoke a truth that was apparent to everyone; the real cause of the five-day war was tensions that had been accumulating in the region for several years. In the mid-2000s, the U.S. administration decided to expand NATO into the post-Soviet space. Ukraine and Georgia hoped to join but were eventually denied membership. Washington and several European capitals disregarded Moscow’s warning that this would be interpreted as crossing the line. They argued that Russia has always been against the alliance’s expansion but ultimately accepts the inevitable. Moscow failed to convince its partners that there is a major difference between Poland, or even Estonia, and Ukraine. Ultimately, tensions came to a head and the pretext for Russia’s invasion came in the form of the attack ordered by Mikheil Saakashvili to “restore constitutional order.”

Looking back on the five-day war, it is clear that it was a major turning point for all sides involved.

For Russia, it was psychological revenge after 20-year-long geopolitical retreat. It was proof that Moscow can say no. The United States and its allies were shown that Moscow was serious about drawing a line in the sand. They accepted the signal.

Fyodor Lukyanov is editor in chief of the journal Russia in Global Affairs.  (photo: Reuters)  (via Real Clear World)