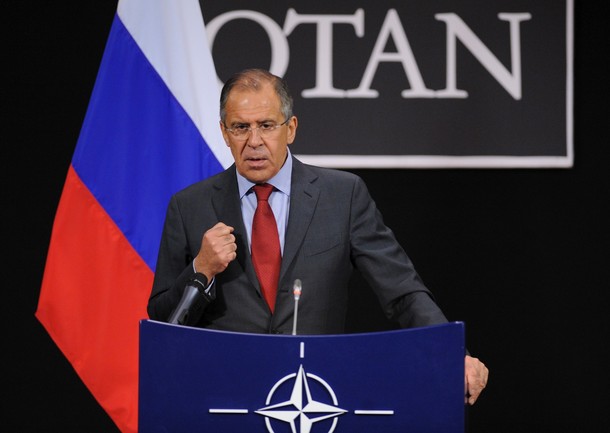 After participating in today’s meeting of the NATO-Russia Council, Secretary General Anders Fogh Rasmussen disclosed for the first time that even though President-elect Vladimir Putin will not attend, the Russians have been invited to send another representative to next month’s NATO summit in Chicago.

Rasmussen first made it clear that based on his personal conversations with Prime Minister-elect Vladimir Putin, it is “not possible and not practical” for Putin to participate in a NATO-Russia Council meeting at the Chicago summit. Rasmussen blamed Putin’s “busy domestic calendar,” so soon after his scheduled swearing in ceremony as keeping the Russian leader from Chicago.

Rasmussen then revealed that even though Putin will not attend the summit in Chicago, NATO has invited Russia to participate in a meeting for partners in the Afghanistan operation. Rasmussen did not share any more details, but a few minutes later, the Russians confirmed that the invitation had been made and was being seriously considered.

Jorge Benitez, the Director of NATOSource, asked Foreign Minister Sergei Lavrov if he would represent Russia at the partners meeting in Chicago next month. Lavrov answered that for 6 years, Russia has wanted to participate in ISAF meetings, but NATO has excluded them. Lavrov complained that due to the critical value of its transportation assistance to ISAF, Russia is a much more important contributor to ISAF than partners that send only 2 soldiers to Afghanistan. Russia is very interested in participating in the ISAF meeting at the NATO summit if it is the beginning of regular Russian participation in future ISAF meetings. According to Lavrov, NATO did not say yes, so it appears to him as a one time only invitation.

Lavrov is very disappointed with this response from NATO which he feels is unfair and discriminatory. He said, “I cannot understand why we are not invited to the regular meetings the experts and ambassadors hold here in Brussels, if we still present interest as a partner in the work on Afghanistan.” According to Lavrov, NATO’s invitation to the Chicago summit will have to discussed back in Moscow before any final decision is made. He told reporters that “taking these aspects into account , we will consider this invitation and give our answer soon.”

A NATO official took issue with Lavrov’s characterization of the partner’s meeting at the Chicago summit. It is not an ISAF meeting and will not cover the sensitive or operational issues usually covered at such meetings. The meeting in Chicago will be for partners in Afghanistan, a larger group which included non-ISAF partners such as Japan. When asked about the value of Russia’s transportation cooperation versus an ISAF member that contributes only 2 token soldiers, the NATO official replied that the alliance sees a significant difference between a partner who puts the lives of even 2 soldiers at risk in Afghanistan versus a partner that contributes access to air space.

It had seemed that the question of Russian participation in the next NATO summit had been settled. Putin will not attend and the NATO-Russia Council will not meet. But after today’s ministerial meeting, it is again possible, though perhaps unlikely, that Russia may yet send a representative to the Chicago summit.  (photo: Getty)  (Nikolaus von Twickel of the Moscow Times contributed to this article)